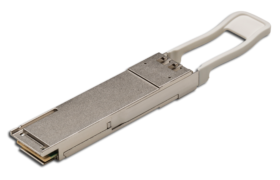 PacketFabric is a leading supplier in the network-as-a-service (NaaS) market and competes against the likes of Megaport and Equinix. With up to 4Tbps of bandwidth over a single fibre, COLORZ enables PacketFabric to “dramatically scale” its private layer 2 networking platform, said Inphi.

PacketFabric says it has modernised network services by applying cloud-based concepts to provisioning, delivery and billing.

“Our ability to deliver a cost effective 100GbE metro Ethernet service hinges on quickly turning up underlying optical metro connectivity,” said Lew Maggio, director of network operations at PacketFabric. “The DWDM infrastructure modernisation offered by COLORZ reduces our deployment time by over 60% for in metro capacity, allowing us to add terabytes of capacity in response to customer demands.”

This allows PacketFabric to maximise cost-efficiency and performance across its regional data centre locations.