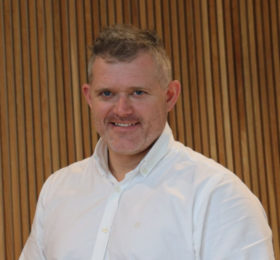 Tampnet says its Copenhagen PoP will be an important hub for low latency connectivity to and from the Nordics and offers an alternative to the traditional European fibre routes, with cities like Hamburg currently a “typical pinchpoint”, it says.

Tampnet International Carrier managing director Cato Lammenes (pictured) said: “We see this as a major enhancement of our existing European network. We are opening Copenhagen with a fantastic package for our customers – superb diversity, market leading latency and new routes.”

The latest routes are being delivered through the new energy interconnector between Denmark and the Netherlands – The Cobra Cable – which follows a completely unique subsea route and avoids all existing connections between the two countries.

The Tampnet International Carrier business has a transatlantic fibre infrastructure network that passes through eight countries and which connects 30 data centres in 12 European and US cities and central hubs.

Headquartered in Stavanger, Norway, the Tampnet group owns and operates an offshore high capacity communication network in the North Sea and the Gulf of Mexico, serving customers within the oil and gas, wind energy, maritime and telecom carrier sectors. It has offices in the UK, the Netherlands, the US, Brazil and Australia.