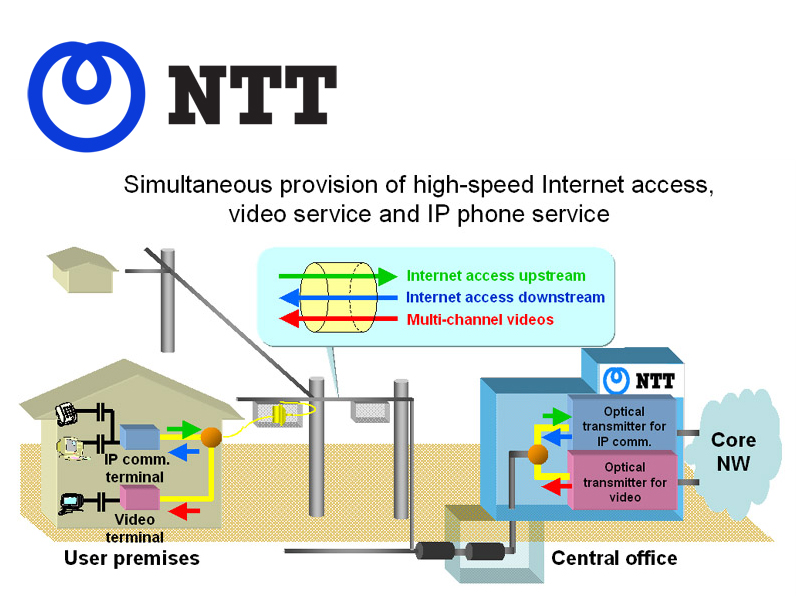 Achieving an industry high 12-cores within a single-mode optical fiber, new fiber design will work to bring us closer to meeting the needs of a Big Data future.

A research team from NTT Access Network Service Systems Laboratories, Japan, has developed a multi-cored fibre (MCF) design, for the first time, with 12 core paths. The cores are randomly-coupled in a way that enables transmission of larger amounts of data through a standard-sized 125 µm-diameter fibre. The NTT team will present their findings at the Optical Fiber Communication Conference and Exhibition (OFC), taking place 19-23 March in Los Angeles, California, USA.

“The 12-core paths in an optical fibre with the standard 125 µm cladding is a new achievement in optical networking transmission technology,” said NTT research engineer, Taiji Sakamoto. “We have invested significant resources into this new technology for use in transmission systems and data centres. We need to scale our networks to anticipate future bandwidth demands.”

But, Sakamoto explained, MCF development has a number of challenges. The first constriction on MCF development is spatial one: fibres need to be deployed within limited spaces, such as in underground ducts, so maintaining standard diameters is a priority for system integrators and manufacturers alike.

To keep to size restrictions, the team looked at developing MCF with small core pitches, or spacings, to maximize the number of cores within the fibre. Taking into account the limits on fibre diameters, the NTT researchers employed a coupled-core arrangement within the fibre’s 125 µm cladding. The team was able to put inside the casement a total of 12 cores, arranging them with a special twisting of the fibres in a randomly-coupled MCF, which the NTT researchers concluded would enable maximum capacity.

A pressing challenge for the research team is called spatial mode dispersion, in which signals spread in the time domain, makes it difficult to realize the real-time DSP which is inevitable for implementing space division multiplexing technology into the real system. Adding core paths within a single fibre increases those challenges. Sakamoto and his team concluded that an MCF with a randomly coupled core arrangement minimizes spatial mode dispersion, resulting in lower a DSP complexity.

“The signal processing complexity caused by the large SMD is a serious problem. Our paper to be presented at OFC will explain how we reduce SMD for MCF with more than 10 cores,” Sakamoto added.

According to Sakamoto, the next step is to investigate the scalability of their randomly-coupled MCF. If successful, he expects that the technology could be available for large-scale markets in about a decade. The group will continue to investigate the maximum number of cores that can be deployed with randomly-coupled MCF, while maintaining its key benefit of minimizing spatial mode dispersion and signal processing complexity.

“We have seen success with randomly-coupled MCF,” Sakamoto said. “So the next step is to find out how we can realize more cores while maintaining the random-coupling status resulting in even greater capacity per fibre.”