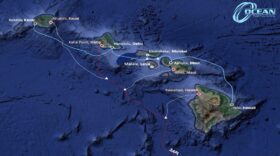 The Research Corporation of the University of Hawaii (RCUH) has announced the award of its RFP for Cable Landing Station (CLS) site surveys to Ocean Networks, Inc (ONI). The notice to proceed was issued on May 23, 2022.

The scope of work for the CLS Site Surveys includes identifying potential beach manholes and landing points on Kauai, Oahu, Maui and the Big Island, as well as potential cable landing stations. At a minimum, two sites on each of the four islands will be identified to ensure redundancy between islands. Work will also identify potential locations on Lanai and Molokai.

University of Hawaii VPIT & CIO, Garret Yoshimi added, “we are very pleased to have selected Ocean Networks. The Ocean Networks team has significant industry experience and specifically working in the Hawaiian Islands. The planned inter-island cable system will leverage the generational Federal investment in human and technological infrastructure, to support Hawaii’s broadband initiative and position the Hawaiian Islands for long-term economic growth. The resulting network will be carrier-neutral, and sufficiently robust to support all manner of telecommunications carrier and enterprise traffic, including anticipated future high-capacity demands supporting healthcare, education, research, public service, commerce and government uses”.

“We are delighted to collaborate with the RCUH and proud that ONI has been selected to perform this initial step towards the implementation of a new undersea cable system that will provide critical improvement to the broadband infrastructure for the state of Hawaii,” said Cliff Miyake, VP Business Development at Ocean Networks.