The FTTH Council Europe’s annual FTTH/B Market Panorama finds number of premises passed and subscribers across Europe and the UK are significantly up on previous years. It also found that around 400 FTTH/B initiatives were identified in the 39 countries in the European area by September 2021. Compared to 2011, around 57% of total of total homes in the region have been passed by altnets, and approximately 39% by incumbents. Incumbents only accounted for 21% of homes passed 2011. The report also found a strong acceleration of fibre deployment with a firm commitment to cover both urban and rural areas as incumbents are progressively redefining their full-fibre strategies and municipalities, utilities and altnets are increasingly covering many remote and isolated areas. 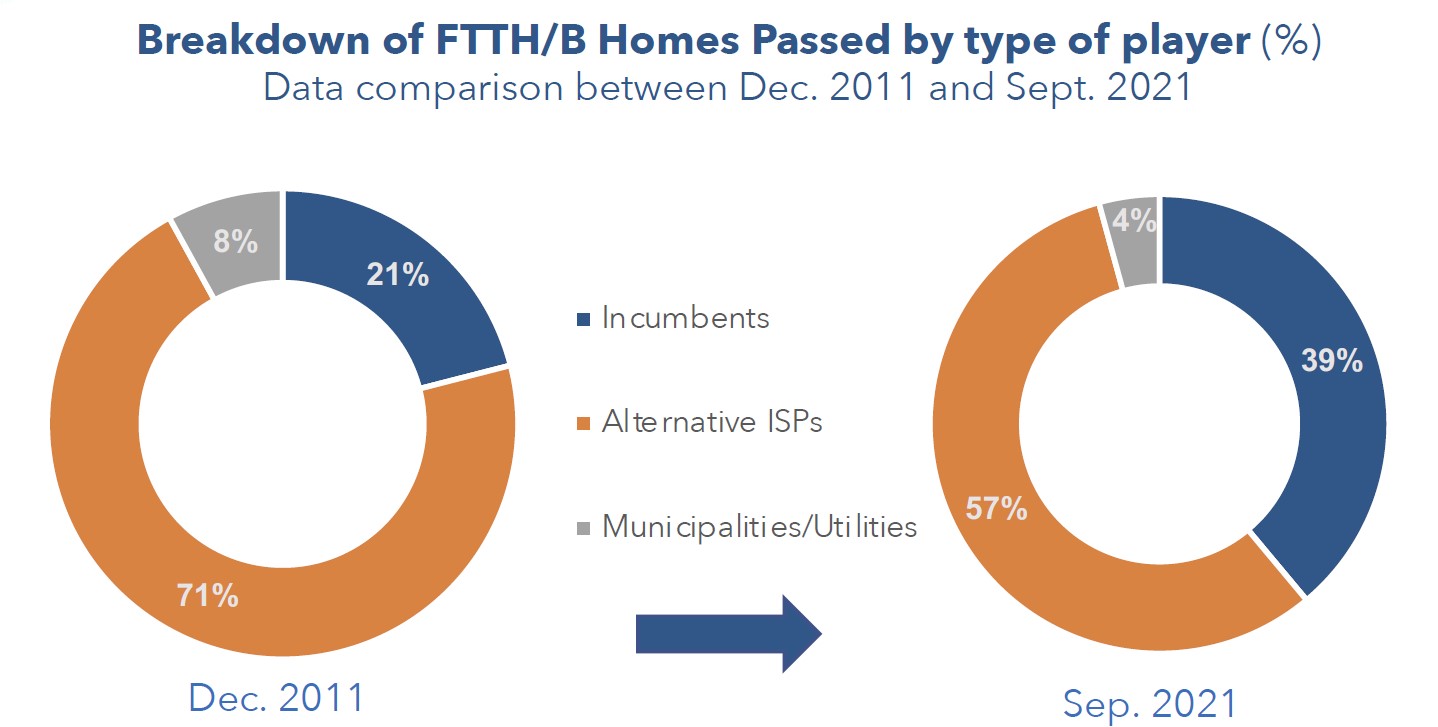 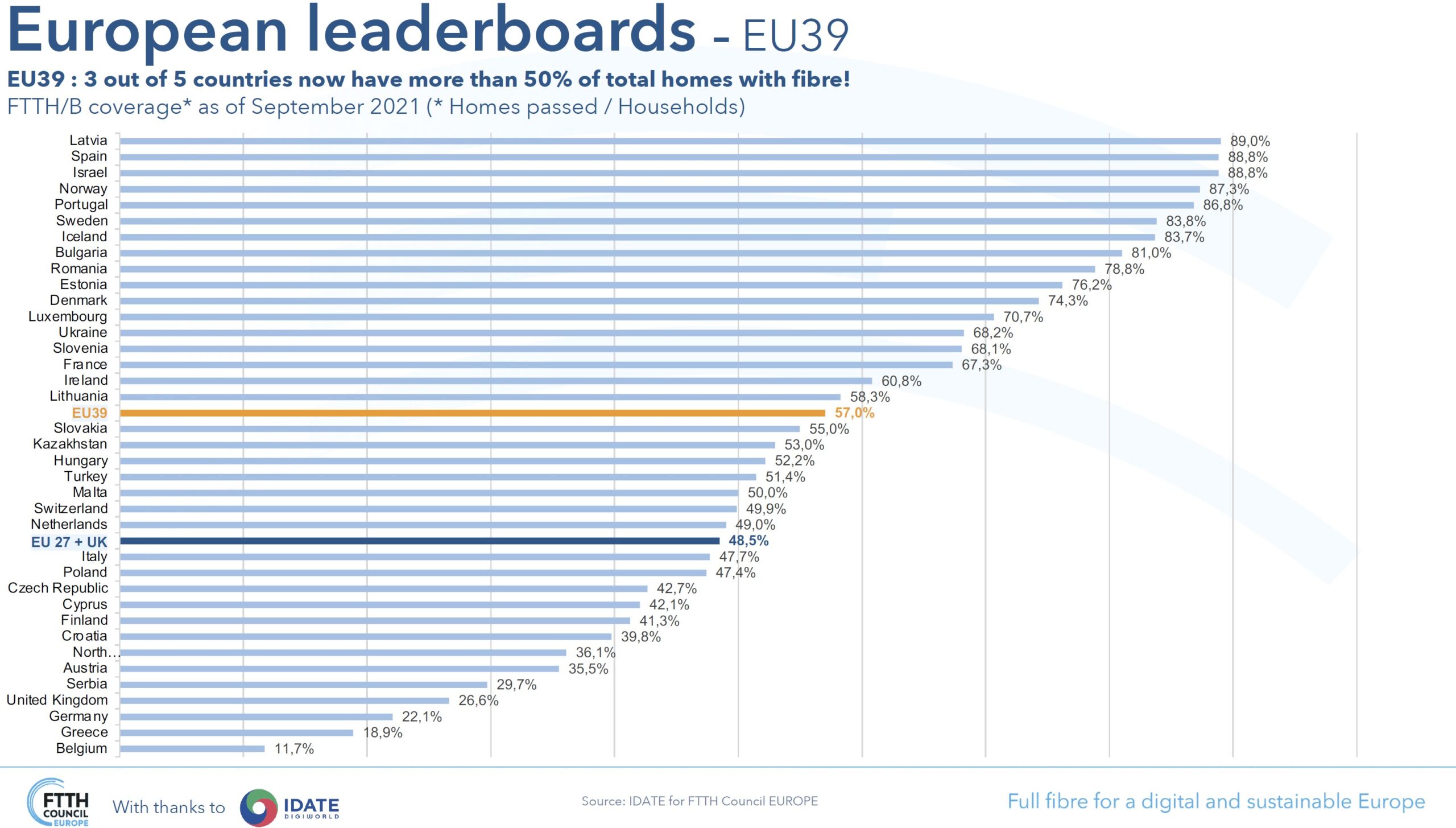 The report concludes that three out of five countries now have more than 50% of total homes with full-fibre, which, says the report, shows the willingness of each country to support the expansion of FTTH. The EU39 has reached 96 million FTTH subscriptions, with EU27+UK accounting for 60% of those. 198 million homes were passed by full-fibre infrastructure in the total region, with 109 million in EU27+UK, and in the EU 27+UK, 49% of European homes are covered by full-fibre.

There are however factors which are inhibiting the growth of FTTH/B including delays created by Covid-19, with lockdowns in most European countries since September 2021. Also, Gigabit capable technologies such as 5G Fixed Wireless Access, G.fast and Docsis 3.1/4.0 are still being deployed to meet the current Home bandwidth demands, delaying FTTH in some areas. The availability of skilled labour to build out and manage new fibre networks is now being felt. It says the industry is responding but staff training and retention is a high priority for service providers and network builders.

The report notes that there have also been significant regional actions this year which impact the accuracy of data from Ukraine, with the removal of Russia and Belarus from individual mention in the report due to their actions and support of the invasion of Ukraine. In the specific case of Ukraine, FTTH/B coverage in the country was about 68% of total homes in September 2021, but there is no current data on the level of damage caused by the war on FTTH networks in Ukraine and despite seeing reports of amazing efforts to maintain the network as much as possible, but it is not currently possible to predict how fast these networks can be rebuilt.

The Council also published reports on FTTH/B in Rural Areas and a Global Rankings report, along with the In-home Broadband Excellence Guide, which can be purchased from its website by non-members of the FTTH Council Europe.