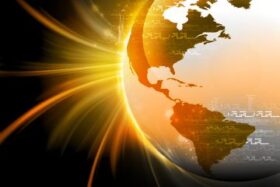 With the new investment, Ayar Labs is ramping production and securing supply chain partners, as signalled by previously announced multi-year strategic collaborations with Lumentum and Macom, both leaders in optical and photonic products, as well as GlobalFoundries on its new GF Fotonix™ platform.

“As a successful technology-focused crossover fund operating for over a decade, Ayar Labs represents our largest private investment to date,” said Will Graves, Chief Investment Officer at Boardman Bay Capital Management. “We believe that silicon photonics-based optical interconnects in the data centre and telecommunications markets represent a massive new opportunity and that Ayar Labs is the leader in this emerging space with proven technology, a fantastic team, and the right ecosystem partners and strategy.”

“The overall financing is much larger than we originally targeted, underscoring the market opportunity for optical I/O and Ayar Labs’ leadership position in silicon photonics-based interconnect solutions,” said Charles Wuischpard, CEO of Ayar Labs. “This financing allows us to fully qualify our solution against industry standards for quality and reliability and scale production starting this year.”

Ayar Labs also announced that it made its first volume commercial shipments under contract and expects to ship thousands of units of its in-package optical interconnect by the end of 2022.