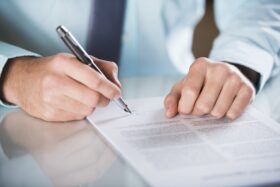 Polish operator Nexera received over US$266 million in financing from a consortium of banks including around US$85 million from the European Investment Bank for the development of fibre-optic networks in rural Poland. The funding, in the form of a loan, will be allocated to investments in the development of FTTH networks in the regions. When comparing the size of the company to the amount of the funds made available, Nexera says it is an unprecedented event on the Polish market, confirming the wide development prospects.

“Our success is supported by a well-developed business plan, a real and effective company strategy as well as an innovative way of operating our organization, based on the “agile” model, which has in many respects become a benchmark for other operators in the market,” said Jacek Wiśniewski, president of the Nexera Management Board.

“We are a relatively small organization, while the debt financing we receive places us at the level of the largest players in the country. This is a clear success in the Polish market, which shows that we are a reliable organization with huge potential, as confirmed by leading financial institutions,” said Paweł Hordyński, Member of Nexera’s Financial Management Board.

The financing will be provided in the form of an overdraft facility and an investment loan to be used for the development of fibre-optic infrastructure in Nexera Regions. The list of lenders includes The European Investment Bank, PKO BP Bank, Santander, BGK and ING. The funds obtained will allow Nexera to pass more than 700,000 addresses that will ultimately be within the range of the operator’s fibre-optic network.

In June of this year, Nexera purchased fibre-optic infrastructure from IT Partners Telco, operating locally under the Navu brand. The acquired network consists of more than 5,000 households located in Sandomierz.