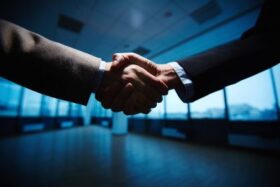 US-based ADTRAN has announced it is to acquire German metro and carrier ethernet firm ADVA, in an all-stock transaction which values ADVA at around US$930 million (€789) based on a price of €14.98 euros a share. The deal is subject to approval by the German Federal Financial Supervisory Authority, Bundesanstalt fuer Finanzdienstleistungsaufsicht (BaFin), which expected to happen in November 2021. The offer will also be subject to closing conditions, including a minimum acceptance threshold of 70% of the outstanding shares in ADVA, majority approval by ADTRAN shareholders, regulatory approvals, and other customary closing conditions.

There is little crossover between ADTRAN and ADVA’s portfolios as is the case with their geographical customer bases. The deal will combine ADTRAN’s range of broadband access products with ADVA’s metro and carrier ethernet businesses, however, both companies have considerable experience in SDN and disaggregated networking. In addition, the vast majority of ADTRAN’s customers (74%) are in North America, with 21% in Europe, whereas ADVA’s numbers are 29% and 62% respectively.

The acquisition has been approved unanimously by the ADTRAN board of directors and the ADVA management and supervisory boards. The transaction also has the strong support of ADVA’s largest shareholder, Egora, which has entered into an irrevocable commitment to tender into the offer shares representing 13.7% of ADVA’s outstanding shares. The combined firm will be called ADTRAN Holdings Inc. with headquarters in Huntsville, Alabama, and Munich, Germany, and will be dual-listed on the Nasdaq and Frankfurt Stock Exchange, with ADTRAN shareholders owning around 54% and ADVA investors 46% of the combined entity.

ADTRAN’s chairman and CEO, Tom Stanton, will serve in the same capacity following the close of the deal and ADVA’s CEO, Brian Protiva, will become executive vice chairman. ADTRAN’s CFO, Mike Foliano, will remain in his current role and ADVA’s CTO, Christoph Glingener, will serve in the same capacity for the combined entity. The Board of Directors of the combined company will comprise nine directors, six of whom will be directors designated by ADTRAN and with three designated by ADVA.

“We are in the early stages of an unprecedented investment cycle in fibre connectivity, especially in the U.S. and Europe, fuelled by the demand for last-mile fibre access and middle-mile transport to provide high-speed connectivity to homes, businesses and future 5G infrastructure,” said Stanton. “By joining forces, our combined firm’s portfolio will better position us to capitalise on this highly compelling global opportunity. We expect the transaction will create significant long-term value for both companies’ stakeholders by increasing our scale and improving our ability to serve as a trusted supplier for customers worldwide.”