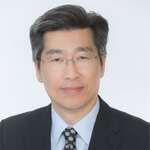 According to July 2021 update of Dell’Oro’s Optical Transport Market 5-Year Forecast report, the Optical Transport market, largely driven by WDM equipment, is forecasted to increase in size annually for the next five years, reaching nearly US$18 billion. This forecast update is unchanged from the company’s previous forecast. Dell’Oro has lowered its outlook for WDM Metro since the coherent 400ZR pluggable optics are now available and interest in using them in an IPoDWDM architecture seems high. The report was compiled by Jimmy Yu, Dell’Oro’s vice president and lead analyst for Optical Transport market (pictured).

The report predicts coherent ZR optical pluggable demand to reach a material amount in 2022, starting with 400ZR. It projects this pluggable optic will be in high demand among Internet content providers (ICPs), driving a very high percentage growth rate for the next few years. Following the success of 400ZR, it anticipates 800ZR will enter the market a few years later, and forecastsw the ZR pluggable optics market will surpass US$500 million in annual sales by 2025.

Dell’Oro finds that demand for 800 Gbps-capable line cards, first introduced in early 2020, has rapidly increased, demonstrating a strong rate of adoption as well as the markets continued desire for higher performance DWDM transponder cards. As such, it believes the market is already preparing to release the next single carrier wavelength speed. It predicts the next wavelength speed following 800 Gbps will be 1200 Gbps (1.2 Tbps). Based on the timing of past coherent DSP introductions, it anticipates 1.2 Tbps-capable line cards could enter the market before the end of 2023. It also forecasts that by 2025 about one-third of all coherent wavelength shipments will be from a line card capable of transmitting a signal at a speed of 800 Gbps or higher.