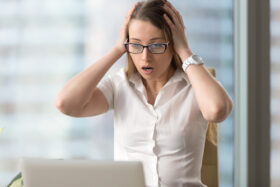 A lack of awareness of gigabit-capable broadband and confusing and potentially misleading advertising by some UK broadband providers, could scupper the government’s ambition for at least 85% of the UK to have access to gigabit-capable broadband by 2025. The findings come from a new report from the Gigabit Take-up Advisory Group, (Gigabit TAG) led by consumer organisation Which? The report finds that that six out of ten UK consumers are not yet aware of gigabit-capable broadband and that confusing terminology could be holding back consumers from fully appreciating the differences between types of broadband connection – and from signing up to a connection that would benefit them. Indeed, one study showed that it’s common for consumers to believe they are on a ‘full fibre’ connection, when this isn’t actually available where they live. Full fibre is currently only available in 21% of UK homes.

There is concern and frustration among the altnet providers who are currently building out new full fibre networks that potential customers are not being given the facts about the difference between full fibre and partial fibre, despite the differences in speed and reliability.

Evan Wienburg, CEO of Bath-based Truespeed, a full fibre infrastructure provider and ISP said, “With six out of 10 UK consumers still not aware of gigabit-capable broadband, there is much to be done if, as a nation, we are to meet the government’s ambition for at least 85% of the UK to have access to gigabit-capable broadband by 2025. We and others in the full fibre vanguard have been doing our bit to spread the word about the benefits of gigabit-capable connectivity. But, in light of this research from Which? we repeat our call to other broadband providers to make crystal clear in their marketing that ‘superfast fibre’ is actually still part-copper and wherever possible, focus instead on giving access to guaranteed ultrafast speeds and the cast iron reliability and future-proofing that comes with a full fibre service.”

Greg Mesch, CEO at CityFibre commented, “With future-proof full fibre being rolled out at pace across the UK, GigaTAG’s report makes clear that consumers do not yet have the information they need to switch to and benefit from the superior connectivity that will soon be available to them. At this critical point in the UK’s full fibre journey, we cannot afford to leave consumers in the dark. We look forward to working with all stakeholders to ensure consumers have the full range of information available to them – upload speed as well as download speed, reliability and resilience – so they can make an informed choice of the product and network type that best meets their needs.”

Phil Sorsky, senior vice president international at CommScope said, “It is concerning to hear that the Government gigabit broadband target could be missed due to a lack of awareness amongst consumers and small businesses. We collectively depend on speedy and reliable broadband as a key part of our everyday lives and we should all strive for the best possible service as technologies in this space continue to develop. Broadband connectivity plays a key role as an enabler of economic growth and prosperity across communities and can ultimately be the difference between success and failure, particularly for smaller businesses looking to reach global audiences. The lines between “home” and “office” have also become increasingly blurred due to the rise of remote working, while the number of connected devices in our homes has grown significantly in recent years.” He added, “Business owners and consumers alike have a vested interest in securing access to the best standards of connectivity and there’s a huge opportunity to exploit the benefits that gigabit broadband can offer. As we continue to upgrade our networks, it is imperative that communities understand the benefits of fast connectivity and eventually secure access to the appropriate standard of broadband that will enrich their lives in the years ahead.”

Editorial comment: A check of broadband packages for almost any street address in the UK where FTTH is not present, yields a plethora of ‘superfast fibre’ packages with download speeds “up to” or “averaging” around 70Mbps. In comparison, typical full fibre packages, where available, start at around 250Mbps and speeds are guaranteed. As far back as July 2019, the FTTH Council Europe put misleading fibre advertisements on its agenda, saying “We believe that misleading fibre advertisements prevent consumers from making an informed choice about the products which are available to them and risks hindering . . . . fibre take-up.” It would seem Ofcom should be thinking along the same lines.