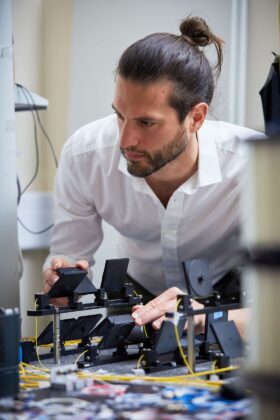 The scientific journal Nature Photonics has published the results of Toshiba’s Cambridge Research Laboratory of Europe’s first demonstration of quantum communications over optical fibres exceeding 600 km. The company says the breakthrough will enable long distance quantum-secured information transfer between metropolitan areas and is a major advance towards building the future Quantum Internet.

One of the most difficult technological challenges in building the quantum internet, is the problem of how to transmit quantum bits over long optical fibres. Small changes in the ambient conditions, such as temperature fluctuations, cause the fibres to expand and contract, thereby scrambling the fragile qubits, which are encoded as a phase delay of a weak optical pulse in the fibre.

Now that Toshiba has demonstrated record distances for quantum communications by introducing a novel ‘dual band’ stabilisation technique. This sends two optical reference signals, at different wavelengths, for minimising the phase fluctuations on long fibres. The first wavelength is used to cancel the rapidly varying fluctuations, while the second wavelength, at the same wavelength as the optical qubits, is used for fine adjustment of the phase. After deploying these new techniques, Toshiba found it is possible to hold the optical phase of a quantum signal constant to within a fraction of a wavelength, with a precision of 10s of nanometers, even after propagation through 100s of km of fibre. Without cancelling these fluctuations in real time, the fibre would expand and contract with temperature changes, scrambling the quantum information.

The first application for dual band stabilisation will be for long distance Quantum Key Distribution (QKD). Commercial QKD systems are limited to around 100-200 km of fibre. In 2018, Toshiba proposed the Twin Field QKD protocol as a way to extend the distance, and tested its resilience to optical loss using short fibres and attenuators. By introducing the dual band stabilisation technique, Toshiba has now implemented Twin Field QKD on long fibres and demonstrated QKD over 600km, for the first time. 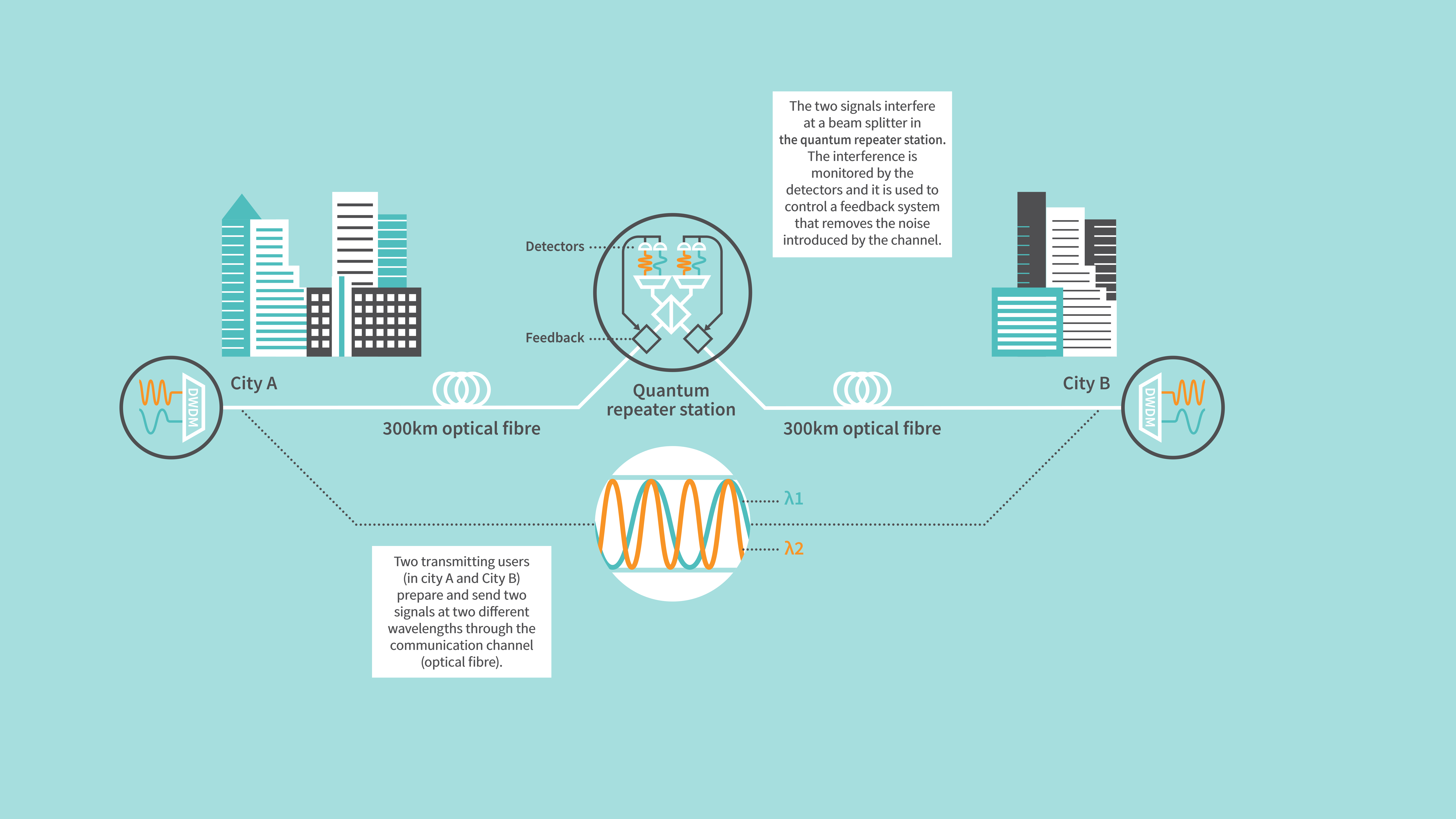 “This is a very exciting result,” comments Mirko Pittaluga, first author of the article describing the results. “With the new techniques we have developed, further extensions of the communication distance for QKD are still possible and our solutions can also be applied to other quantum communications protocols and applications”.

Andrew Shields, head of the Quantum Technology Division at Toshiba Europe remarks, “QKD has been used to secure metropolitan area networks in recent years. This latest advance extends the maximum span of a quantum link, so that it is possible to connect cities across countries and continents, without using trusted intermediate nodes. Implemented along with Satellite QKD, it will allow us to build a global network for quantum secured communications.”

Taro Shimada, corporate senior vice president and chief digital officer of Toshiba Corporation reflects, “With this success in Quantum Technology, Toshiba is willing to further expand its quantum business with rapid speed. Our vision is a platform for quantum information technology services, which will not only enable secure communication on a global scale, but also transformational technologies such as cloud-based quantum computing and distributed quantum sensing.”

Details of the advancement are published in the scientific journal, Nature Photonics. The work was partially funded by the EU through the H2020 project, OpenQKD. Corning Inc collaborated in the work by providing the SMF-28® ULL fibre used in the study. The team is now engineering the proposed solutions to simplify their future adoption and deployment