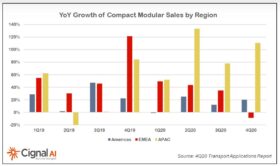 According to Cignal AI’s 4th quarter Transport Applications Report, Compact Modular revenues increased rapidly in APAC at the end of 2020, suggesting an increase in disaggregated network deployment in the region. Cignal AI says Compact Modular sales (and hence disaggregation) have historically lagged in APAC versus the rest of the world, so APAC’s sudden and extraordinary growth over the past few quarters means that something has changed and deserves a closer look.

After discussions with vendors and operators, Cignal AI identified two primary drivers for the growth of Compact Modular sales in APAC. It says purchases of equipment by Cloud & Colo operators rose, which led to more Compact Modular sales. Some of the largest webscale operators in the region, including Tencent and Alibaba, have recently spoken publicly about their migration to disaggregated networks. Also, optical sales in Japan grew dramatically in 2020, benefitting Fujitsu, which had bet heavily on disaggregation with its 1Finity product line.

It says vendors entrenched in the region (e.g., Huawei in China and Fujitsu in Japan) particularly benefitted from increased Compact Modular sales. Nokia also grew sales in the region by focusing on Cloud & Colo operators, primarily in China. The company adds that exceptional optical spending growth in Japan lead to increased sales of Fujitsu’s 1Finity system to incumbent operators that traditionally have eschewed disaggregation. Also, Nokia’s had considerable success with Chinese webscale operators that are more open to purchasing from Western vendors than the Chinese incumbents. 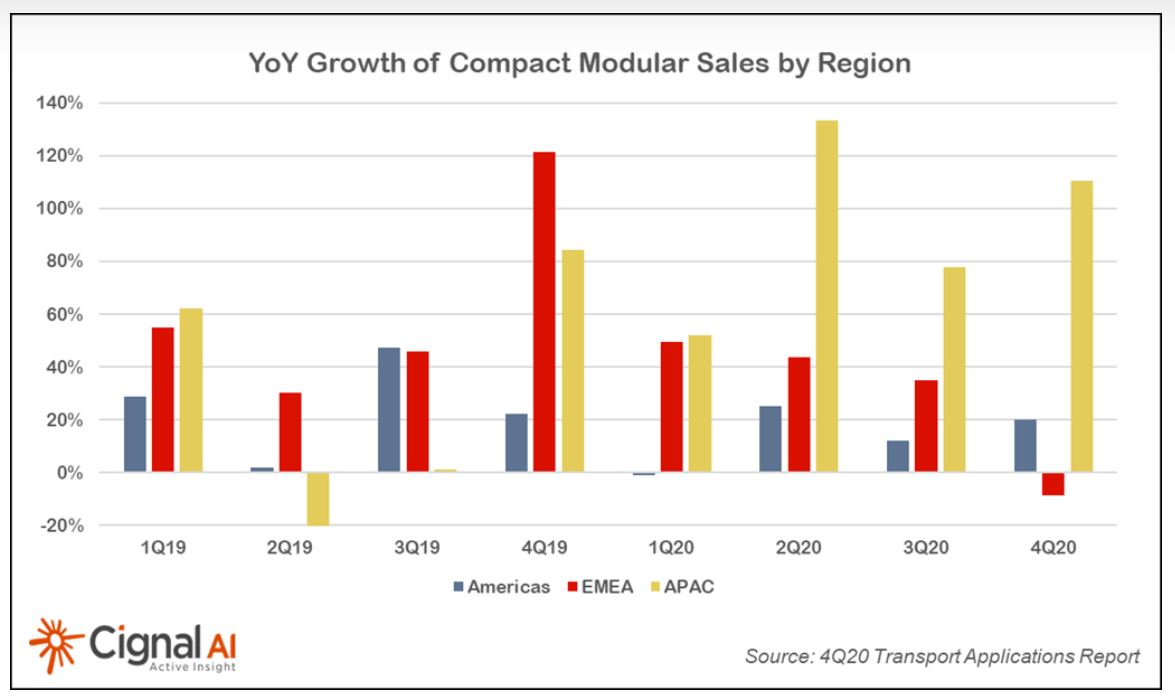 Cignal AI forecasts Compact Modular growth to slow during 2021 from its 2020, primarily due to cooling sales in Japan. However, as a percentage of the total optical market, Compact Modular sales are expected to rise to nearly 10% by 2025. When combined with the underlying growth of the APAC optical hardware market, this suggests a 5-year CAGR of more than 30%.

A free version of the report is available from https://cignal.ai