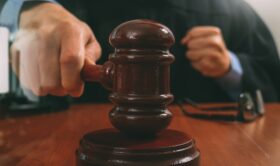 The sale of Coherent Inc is beginning to take on the appearance of an auction after II-VI made an offer of US$130 per share, capping previous offers by MKS Instruments and Lumentum.

Coherent’s expertise in photonics in lasers, microelectronics, precision manufacturing and instrumentation, along with its footprint in aerospace and defence markets are obviously hot property.

Back in January, 2021, the sale of Coherent to Lumentum seemed to be a done deal, when it was announced that Lumentum was offering Coherent stockholders US$100.00 per share in cash and 1.1851 shares of Lumentum common stock for each Coherent share they owned, with  Coherent stockholders owning around 27% percent of the combined company on closure. The offer valued Coherent at around USD5.7 billion.

However, in early February, MKS Instruments upped the ante with a US$6 billion takeover, causing Coherent shares to jump 16% on the news in early trading, as the device manufacturer looked to expand further into the fast-growing laser and photonics market. MKS’ offer represents a premium of 16% on Lumentum’s offerl and includes a cash component of US$115. Coherent’s board said it woulf talk to MKS, but would continue to recommend its merger agreement with Lumentum to its stockholders.

Then along came II-VI with an even better offer. Under the terms of II-VI’s written proposal, Coherent’s shareholders would receive US$130.00 in cash and 1.3055 II-VI common shares for each Coherent share. II-VI’s proposal represents a premium of around 24.0% to the implied value of Lumentum’s offer and a 9.8% premium to the value of MKS Instruments’ offer, based on the implied values of the respective offers as of 7th February closing share prices.

II-VI says it has substantially less product overlap with Coherent than either Lumentum or MKS, II-VI and believes there is greater certainty of closing and with less potential impact to the combined value. II-VI also expects to achieve estimated, combined run-rate synergies of US$200 million annually within 36 months.

“The combination of II-VI and Coherent would create a uniquely strategic global leader capable of delivering to our customers the most attractive combination of photonic solutions, compound semiconductors, as well as laser technology and systems. We believe now is the right time to embark on this combination given significant megatrends, with burgeoning applications in both industrial and semiconductor capital equipment segments, including those that enable consumer electronics and displays. Moreover, II-VI expects to accelerate our growth in aerospace and defence, life sciences, and laser additive manufacturing by utilising our compelling integrated solutions in lasers, optics, and electronics. With expanded capabilities, we expect to collaborate even more broadly across our customer base as their design-in leader of choice. In addition, with our culture of innovation and strong track record of merger integration, we expect to deliver significant value to all stakeholders, including both companies’ shareholders, customers, employees, and business partners,” said Dr. Vincent D. Mattera, Jr., chief executive officer of II-VI.

Dr. Mattera continued, “We firmly believe our proposal is far superior to Coherent’s existing merger agreement with Lumentum and the recent acquisition proposal from MKS Instruments, as it is a more compelling strategic fit and would provide Coherent’s shareholders with meaningful upside opportunity. Moreover, we are confident that our transaction would have greater certainty of closing. In particular, we have not identified any competitive overlaps between Coherent’s and II-VI’s respective businesses in China. We believe we would have significant and diversified opportunities to accelerate our growth through complementary technology platforms, to increase our competitiveness by using scale across the value chain, to demonstrate deeper market intelligence and expertise, and to further diversify our businesses and revenue streams.”

Comment: There is a saying among auctioneers that the real financial value of something is however much someone is willing to pay for it. We will only know the real value of Coherent Inc when the hammer finally goes down. Any more bids?