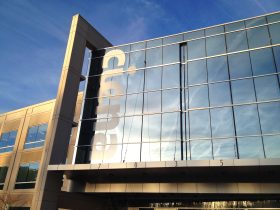 Australian operator Telstra, in collaboration with Ericsson and Ciena have announced enhancements to Telstra’s Next Generation Optical Network which will support automated increased resiliency and cost savings for Telstra’s inter-capital network.

Chris Meissner, Telstra’s transport, IP core and edge engineering executive, says: “More than ever, businesses today rely on data networks to empower employees and serve their customers. This investment adds to the peace-of-mind that our customers can expect as they leverage our Adaptive Core Network and hybrid SD-WAN networking as foundations to support digital transformations.”

Emilio Romeo, head of Ericsson of Ericsson Australia and New Zealand says: “As we continue to push the boundaries of what is possible, Telstra has chosen Ericsson, alongside Ciena, to provide enhancements to its optical network by deploying a Layer Zero (Wavelength) Control Plane. This rollout will see Telstra experience significant energy savings and reduce its operational costs.”

Matt Vesperman, managing director for Ciena Australia and New Zealand says: “A network supporting multi-layer optimization is critical for network providers like Telstra as it allows them to automatically respond to unexpected situations like fibre cuts. Integrating Layer Zero Control Plane innovations with the IP network will not only boost capacity but will also enable a greater level of resilience and service.”