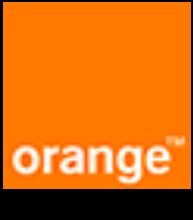 Orange has set up a new fibre business subsidiary called Orange Concessions to, it says,’ accelerate the deployment of FTTH in rural France’. The French operator has also sold 50% of shares in the unit to a consortium consisting CNP Assurances, EDF and La Banque des Territoires, which is part of France’s state-owned bank Caisse des Dépôts. The investment is worth around €1.3 billion euros ($1.58 billion). The deal values Orange Concessions at €2.675 billion euros, the company said, and the entity, covers around 4.5 million rural FTTH connections.

The announcement comes as Orange, formerly France Telecom, is looking to maximise the value of the company by splitting off its European mobile tower units into a separate entity to take advantage of renewed investor interest in infrastructure. It is thought to be however, the first time the company has looked to sell of part of its French broadband network.

Stéphane Richard, chairman and CEO of Orange said, “I am delighted that Orange, Europe’s leader in fibre roll-out, is now set to establish this partnership in its domestic market with recognised investors who share our vision of digital communication infrastructure development. Through this partnership, Orange holds the means to pursue the development of fibre in rural areas, by winning new public initiative networks or by participating in market consolidation. This is a key milestone in the delivery of our Engage 2025 strategic plan.”

Orange has joined a growing band of French operators that have looked for external investment to finance FTTH deployments. These include Altice Europe and Bouygues Telecom in 201`8, and in 2020, Iliad.

Richard concluded, “As to its financial merits, the achieved valuation reveals the value of Orange’s investments in fibre as well as the relevance of such strategic move.”