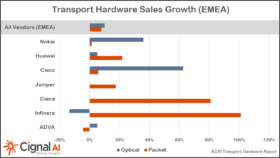 European operators resumed purchases of optical and packet transport hardware in 3Q20 as COVID-related supply chain and operational delays eased, according to the most recent Transport Hardware Report from research firm Cignal AI. At the same time, North American spending weakness spread to the optical hardware segment as the region’s operators paused capex after aggressive deployments in the first half of the year.

“EMEA’s packet and optical transport sales growth was bolstered by sales deferred from Q2 and raised the market overall during the third quarter,” said Scott Wilkinson, Transport Hardware lead analyst at Cignal AI. “The outcome was different in North America, where sales were more frontloaded in the first two quarters than in EMEA, especially by the larger operators. NA annual CapEx budgets are largely exhausted, producing declining sales in the second half of the year for this region.” 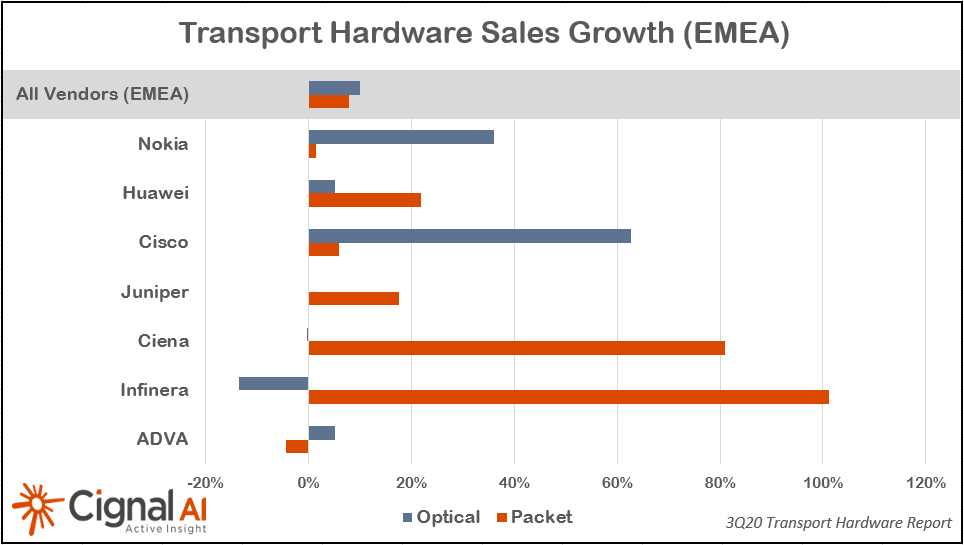