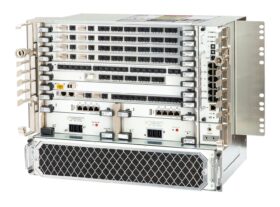 Nokia has announced that the State Grid Corporation of China (SGCC), the largest utility company in the world, will deploy a programmable optical network using Nokia’s IP/Optical solutions.

The deployment will allow SGCC to expand network coverage to more power stations and business offices, while also increasing capacity and flexibility. The deployment covers new deployments in Hebei, Hunan provinces and Chongqing municipality, as well as expansions in ten other provinces, including Jibei, Jiangsu and Sichuan.

SGCC supplies electrical power to more than 1.1 billion people across 26 provinces, covering 88% of Chinese national territory. To cater to the increased mission-critical traffic requirements and future proof the network, SGCC is upgrading the communications infrastructure to monitor and control the largest utility grid in the world, producing and transferring massive amounts of data across long distances.

The deployment leverages Nokia’s WaveFabric optical solutions to deliver a network for critical and non-critical services, including operator assistance and support for businesses and multi-media services. The solution also provides provincial backbone bandwidth to connect high-voltage power stations and substations along the electrical power transmission line.

By leveraging Nokia’s optical portfolio, SGCC and its customers will benefit from a Nokia optical network that can be upgraded to much higher capacity/reliability, and is ready for smooth TDM and packet evolution to protect network investment. Using the Nokia 1830 Photonic Service Switch (PSS) WDM/OTN, the SGCC regional backbone can be optimised for high capacity, multi-service support, and resilience, also ready for OTN sinking extension in the future.

Markus Borchert, president of Nokia Greater China, said: “This expanded partnership with State Grid Corporation of China is a milestone for Nokia’s optical portfolio. Data-driven insights are key to SGCC’s overall digital transformation as it looks to deliver safe, reliable electricity for more than 1 billion people. We are proud to be playing a major role in developing this highly reliable transport network that will evolve how critical and non-critical grid communications are delivered.”