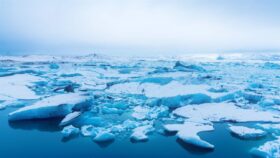 Arctic Connect, the international project is to build the first trans-Arctic submarine fibre cable between Europe and Asia has received a boost with the addition of new partners from Japan, Norway and Finland.

“Arctic Connect is a real international opportunity. Cinia is very pleased to see broad international interest towards the project, and I warmly welcome our new partners from Japan, Norway and Finland to join the Cinia Alliance. The project is moving forward and together we will have an exciting journey to make the plans real” says Ari-Jussi Knaapila, CEO of Cinia Ltd.

“The Arctic Connect cable will have a tremendous positive impact for the Arctic region. The submarine cable will not only contribute to the evolving of the Arctic broadband sector, but also to the whole Arctic society through new business sectors, research opportunities, resilience and safety, connectivity for the people and so on says Dag-Kjetil Hansen, CEO of Bredbåndsfylket AS.

Cinia says the planned 10,000 km new Arctic cable will provide a new route and will increase network resilience to complement and secure existing connections. The new cable route also supports the development of the Arctic region. The project is currently in the stage of feasibility study and construction work of the cable is scheduled from 2022 through 2023.

Cinia, which constructed the 1,200 km C-Lion1 submarine cable from Germany to Finland, which was launched in 2016, began seabed surveys for the Arctic Connect project earlier this year.

The melting of the region’s ice has opened up the possibility of constructing the Arctic subsea fibre cable route and in June 2019, Cinia and MegaFon signed a Memorandum of Understanding to set up the joint venture to build a submarine communications cable across the Arctic Sea.