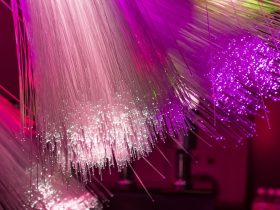 Zayo says the demand for increased capacity continues to grow across multiple sectors, with the number of networked devices and connections in North America alone expected to increase from 3 billion in 2018 to 5 billion in 2023. To meet demand, Zayo is ramping-up its investment in capacity to support remote working, remote education, telehealth, business critical applications, and an overall global increase in public IP traffic.

These ongoing investments have enabled Zayo to seamlessly support the significant surge in requests for bandwidth during the early stages of the pandemic, a result of businesses and organisations transitioning to mass home working effectively overnight. Julia Robin, Senior Vice President, Layer 3 Services, said, “We’re also meeting requests from higher bandwidth consumers as they work to support the major increase in traffic on their own platforms. In many cases, the requests are for significant increases in bandwidth, even doubling capacity.”