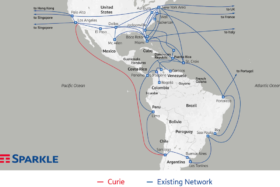 International service provider Sparkle, and Ciena  have announced the upgrade of Sparkle’s 10,476km fibre on the Curie submarine cable, using Ciena’s WaveLogic 5 Extreme (WL5e) 800G programmable solution, to improves capacity and speed on the Chile to U.S. route. Sparkle will also have direct connectivity between data centres in the U.S. and Chile using Ciena’s GeoMesh Extreme Submarine Network Solution powered by WL5e. In addition, through Ciena’s Manage, Control and Plan (MCP) domain controller, Sparkle will be provided with real-time intelligence and visibility to help its network proactively identify connectivity issues.

Ciena says by adopting WL5e, Sparkle’s fibre on Curie will be able to reach a total transmission capacity of up to 450Gbps per channel – which is two times faster than previously available technology. This will result in an ultimate capacity of up to 19Tbps and a 30 percent increase in the network’s ability. 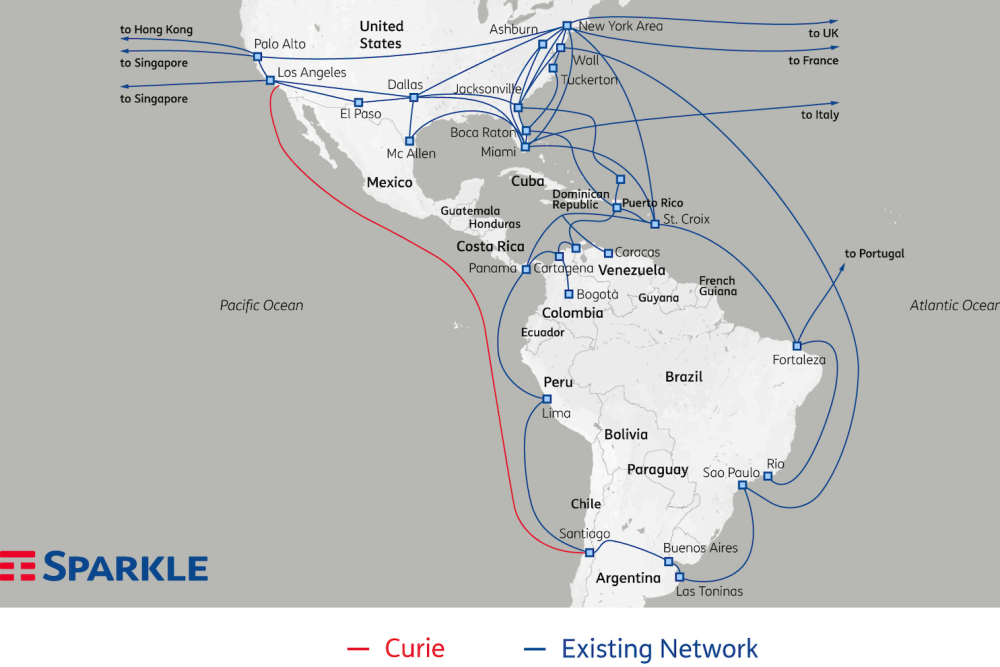 “Curie is a major addition for Sparkle, as it expands our American backbone with direct Chile to U.S. connectivity. WaveLogic 5 pushes the envelope and helps us execute on our network evolution plans to continue supporting next-generation applications that require endless bandwidth,” commented Enrico Bagnasco, Sparkle’s chief technology officer.

“Ciena’s coherent optical innovations are the industry gold standard. With WaveLogic 5, Sparkle can boost network scalability and forge a path to support the digital economy,” added Fabio Medina, Ciena’s general manager and vice president of sales in Latin America. “Sparkle’s upgraded network opens a new connectivity route to Chile and enables its customers to have faster, more reliable bandwidth as they stream content and use the cloud.”