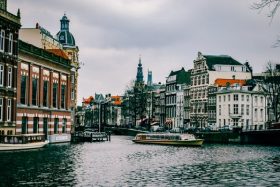 According to the latest edition of Telecompaper’s quarterly Dutch Broadband report, revenues from fibre broadband services increased in Q1, by nearly 17% thanks to strong subscriber growth of 12% in the past year. Fibre accounted for over 23% of market revenues in Q1, slightly higher than its 21.4% share of broadband subscribers at the end of March 2020.

The report found that total revenues from mass-market broadband services in the Netherlands rose nearly 8% year-on-year in the first quarter of 2020 to €562 million. Revenue growth was much higher than the 1.6% annual increase in subscribers, after most of the main ISPs increased prices in the past year. Cable broadband services also showed double-digit revenue growth, with an increase of 13% year-on-year in Q1. Cable revenue growth accelerated from the third quarter of 2019, following price increases last summer at most ISPs. Ziggo, the largest consumer ISP in the Netherlands, increased prices 3-6% last July and has announced another increase of around 3% for this summer.

Telecompaper says the strong growth in revenues follows a relatively high inflation rate in the Netherlands in the past year, of 2.6%, as well as investments in network upgrades at the operators. KPN, T-Mobile and Delta are investing in the expansion of FTTH, and Ziggo has launched gigabit broadband after upgrading its network to Docsis 3.1.

“The network upgrades as well as the increased reliance on home working and entertainment in the past few months may prompt more consumers to upgrade to higher speeds, further supporting broadband revenue growth,” said Kamiel Albrecht, Telecompaper senior research analyst and author of the Dutch Broadband report. “At the same time, the coronavirus pandemic is expected to lead to a significant economic slowdown and lower inflation, which may limit the ability of ISPs to justify large price increases going forward.”

Telecompaper forecasts mass-market broadband revenues will grow at a slower rate than Q1 over the full year 2020, of 5% to €2.25 billion. Over the five years to 2024, the market researcher expects a CAGR of 3.8%.