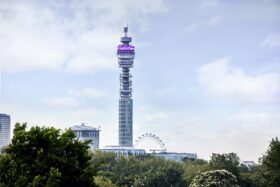 According to BT’s chief executive Philip Jansen, the UK incumbent operator is stepping up it’s efforts to roll out FTTP, aiming to reach 20 million homes by the middle of the decade, as long as everything goes to plan.

Jansen said in a statement, “BT has the best network infrastructure in the UK. We have the leading 4G network and are rapidly expanding our leadership position in 5G, that today covers over 80 towns and cities. We have the largest and most extensive fixed network and are leading the UK on the next generation Fibre-to-the-Premises (FTTP) network where we now pass 2.6 million premises. Today we are announcing a rapid acceleration of our FTTP build with a target of 20 million premises passed by the mid- to late-2020s, including a significant build in rural areas. After passing 1.3 million premises last year, we are aiming at over 2 million in 2020/21, and envisage a maximum build rate of 3 million premises per year. Our FTTP investment should deliver pre-tax nominal returns of between 10% to 12% and is based on a regulatory framework consistent with Ofcom’s preferred policy direction and continued support for infrastructure investment and competition.”

He added said that BT is also undertaking a “radical modernisation and simplification programme” over the next five years, which will re-engineer old and out of date processes, rationalise products, reduce re-work and switch off many legacy services. The programme is expected to deliver gross annualised savings of £2 billion over the next 5 years.

So far as funding these projects, Jansen said, “In order to deal with the potential consequences of Covid-19, allow us to invest in FTTP and 5G, and to fund the major 5-year modernisation programme, we have also taken the difficult decision to suspend the dividend until 2022 and re-base thereafter.”

Jensen’s comments came as part of BT’s full year financial statement to 31st March 2020, in which it reported revenues of £22,905 million, down 2% on the previous year, mainly reflecting the impact of regulation, declines in legacy products, strategic reductions in low margin business and divestments. Pre-tax profit of £2,353 million was also down year-on-year from  £2,666 million and included charges of £95 million as a result of Covid-19 mainly reflecting increased debtor provisions.