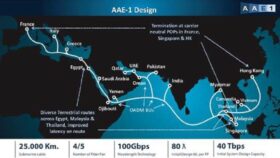 The Asia-Africa-Europe-1 Consortium (AAE-1), one of the largest consortium cable systems in the world, has recently completed a significant upgrade with Infinera to boost capacity on its subsea network connecting East Asia to Europe via Egypt. AAE-1 has proved to be vital infrastructure in the Eurasia corridor which includes the European, Asian, and Middle Eastern markets. Based on Infinera’s fourth-generation Infinite Capacity Engine (ICE4) technology and Instant Bandwidth capability, the Infinera solution enabled AAE-1 to double the capacity on its intercontinental network while reducing total cost of ownership and increasing service agility and network reliability.

AAE-1 says its cable system spans 25,000 kilometres of subsea and terrestrial network. Unlike any other cable system in the world, AAE-1 terminates at two points of presence in Singapore and is the only next-generation cable that continues further into Asia through diverse terrestrial routes across Thailand, providing connectivity to Vietnam, Cambodia, and Hong Kong. This unique routing enables AAE-1 to deliver one of the lowest-latency routes between Hong Kong, India, the Middle East, and Europe. 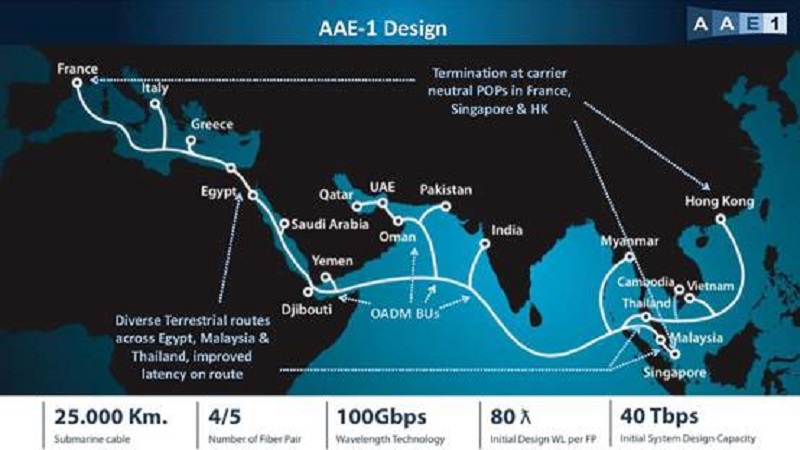 The announcement comes on the heels of news that China Mobile International, Facebook, MTN GlobalConnect, Orange, stc, Telecom Egypt, Vodafone and WIOCC are to partner to build 2Africa, clasimed to be the most comprehensive subsea cable to serve the African continent and Middle East region.