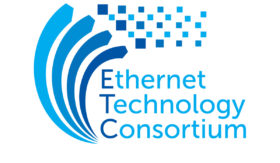 The Ethernet Technology Consortium, formerly called the 25 Gigabit Ethernet Consortium, has released its 800 GbE specification developed to meet increasing performance demands of data centre networks. Originally established to develop 25, 50 and 100 Gbps Ethernet specifications, the Consortium has changed its name in order to reflect a new focus on higher-speed Ethernet technologies

The goal of the consortium is to enhance the Ethernet specification to operate at new speeds by utilising specifications that are developed or in development. This allows the organisation to work alongside other industry groups and standards bodies to adapt Ethernet at a pace that aligns with the rapidly evolving needs of the industry. The ETC has more than 45 members with top-level promoter members that include Arista, Broadcom, Cisco, Dell, Google, Mellanox and Microsoft.

“Ethernet is evolving very quickly and as a group, we felt that having 25G in the name was too constraining for the scope of the consortium,” said Brad Booth, chair of the Ethernet Technology Consortium. “We wanted to open that up so that the industry could have an organisation that could enhance Ethernet specifications for new and developing markets.”

The 800 GbE specification introduces a new media access control (MAC) and Physical Coding Sublayer (PCS). It essentially re-purposes two sets of the existing 400GbE logic from the IEEE 802.3bs standard with a few modifications in order to distribute the data across eight 106 Gb/s physical lanes. As the PCS is reused, the standard RS(544, 514) forward error correction is retained, for simple compatibility with existing physical layer specifications. The 800GBASE-R specification for 800 GbE is one of the first specifications to be championed by the newly named organisation is the

“The intent with this work was to repurpose the standard 400GbE logic as much as possible to create an 800 GbE MAC and PCS specification with minimal overhead cost to users implementing multi-rate Ethernet ports.” said Rob Stone, technical working group chair of the Ethernet Technology Consortium. “The 800 GbE specification is an exciting first announcement under the consortium’s new name, reflecting the true capability of the organisation. We are proud of the hard work of our member companies in completing this specification.”