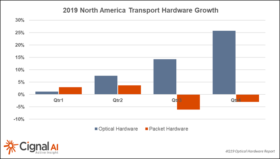 Recent North American optical sales were up more than 25% for 4Q19 and 10% for all of 2019 according to the most recent Transport Hardware Report from research firm Cignal AI.

“After three years of North American spending declines as operators focused CapEx on wireless and access, optical hardware sales for the region revived, and grew at a healthy pace for 2019, while packet hardware sales remained flat,” said Scott Wilkinson, lead analyst at Cignal AI. “Market leaders Ciena, Infinera, and Cisco all achieved optical sales growth of more than 25% in 2019.”

Cignal AI’s Transport Hardware Report is issued each quarter and examines optical and packet transport equipment revenue across all regions and equipment types. The analysis is based on financial results, independent research, and guidance from individual equipment companies. Forecasts are based on expected spending trends for equipment types within the regions. 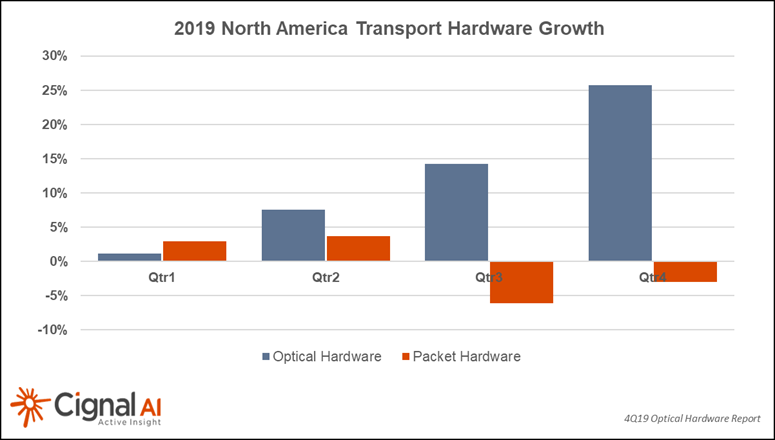