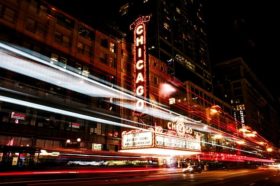 Business-only fibre network Everstream has launched into both the greater Chicago and downtown Detroit markets.

First, it is saying that it will provide a new choice for businesses in the Chicago suburbs that require reliable, high-speed connectivity. The Everstream network now being built will offer direct peering with all major carriers and cloud hyperscalers, at speeds of up to 100Gbps.

By the end of 2020, Everstream’s Chicago network, it says, will encompass more than 500 of the planned 1,200 route miles. The first leg of the dense fibre network – spanning more than 50 route miles – will stretch from Elgin north to East Dundee, Carpentersville and Algonquin, east to Streamwood, Itasca and Addison, and end in Oak Brook to the south. This first portion is being lit this month (March).

Chicago is the third-largest metropolitan area in the US by population, with busy suburbs that are home to growing technology, healthcare, manufacturing, finance and retail businesses. This region, however, is vastly under-served by fibre providers, said Everstream.

According to a study from CMA Strategy Consulting, an estimated 40% of businesses in Everstream’s planned coverage area only have access to fibre services from the traditional phone and cable providers.

“Unlike cities on the East Coast, where five or more competitive providers offer access to fibre networks alongside the phone and cable companies, most of the surrounding Chicago suburbs where Everstream plans to build are largely under-served,” said Brian Bagenstose, a partner at CMA Strategy Consulting. “This lack of competition is an opportunity for Everstream to provide high-capacity, low-latency connectivity services to enterprises that have been denied a real choice for business network solutions.”

And the second market entry sees Everstream acquiring Rocket Fiber to establish itself in Detroit. The acquisition completes Everstream’s coverage in all major Michigan state markets and gives it the largest fibre footprint in greater downtown Detroit, it says.

Everstream president and CEO Brett Lindsey said, “Detroit has undergone extraordinary growth in the last five years, making the acquisition of Rocket Fiber and its strong presence in Detroit the perfect complement to our existing Michigan network.”

The expansion into Detroit includes 41 route miles of network, a direct connection to Everstream’s existing fibre network infrastructure in Michigan and its other Midwest markets, and two offices in downtown Detroit, including more than 75 team members.

Everstream says it is on track to grow to more than 15,000 miles of fibre with more than 3,000 on-net locations in 12 markets throughout the US Midwest by the end of 2020.