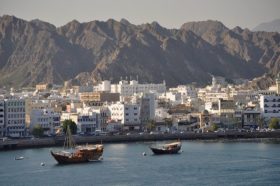 Equinix has opened a new internet exchange (IX) in Muscat, Oman, which will create a regional peering hub to exchange internet traffic across the Middle East and major global markets.

Plans for the IX were first announced in 2018, and with the new facility Equinix says it is the first company with an internet exchange in Oman, which will support the wider needs of the Middle East region.

Elsewhere, the Qatar government recently announced the opening of its own new internet exchange, to help support the impending data connectivity needs of the forthcoming Fifa World Cup in 2022 and other big events in the country.

Equinix says its IX will expand peering capabilities at the digital edge in proximity to dense populations of users, apps and content. This enables service providers and their customers, it says, to operate more efficiently, improving end-to-end network performance, speed and reliability, while reducing overall IP transit costs.

Jeroen Schlosser, managing director of Equinix MENA, said, “As IP traffic growth continues to accelerate it is more important than ever that the IP peering community has a scalable, reliable and globally consistent internet exchange solution in all markets where they want to peer traffic. Oman is strategically positioned between Asia, Africa and Europe, and with our partnership with local telco Omantel, we will create a peering hub that will allow drivers of internet traffic to efficiently peer it and expand their operations across the world.”

The IX will be hosted at the firm’s new International Business Exchange (IBX) data centre in Muscat, the capital of Oman, where carriers, content providers and cloud providers can colocate their critical IT infrastructure.