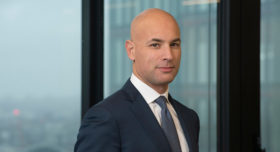 The EQT Infrastructure IV fund and Canadian pensions concern OMERS have announced an agreement to jointly acquire Deutsche Glasfaser from KKR Infrastructure and Reggeborgh. Deutsche Glasfaser, said to be the fastest growing German provider of FTTH Gigabit Internet connections, with more than 600,000 household and 5,000 businesses connected, will be combined with EQT Infrastructure IV portfolio company inexio to form a leading FTTH player in rural Germany. EQT Infrastructure will own 51% in the combined group and OMERS will own 49%. As we reported in October 2019, EQT previously agreed to acquire a majority stake in fibre network company inexio for a reported but unconfirmed €1 billion.

Since its establishment in 2011, Deutsche Glasfaser has invested heavily in fibre infrastructure in underserved rural and sub-urban communities in Germany. As well as its connected users, its scalable network consists of more than 30,000 km of fibre optic infrastructure.

Over the coming years the combined group says it is committed to invest over €7 billion into the roll-out of fast-speed Internet infrastructure in Germany, thereby significantly contributing to the German government’s plan to provide nation-wide Gigabit convergent Internet infrastructure by 2025. EQT points out that Germany is among the countries in Europe with the lowest penetration of FTTH connectivity and will require significant investments over the coming years.

“We are excited to welcome EQT and OMERS as our new owners and we are fully aligned to further develop Germany’s digital infrastructure. With the industry experience and financial support from EQT and OMERS, Deutsche Glasfaser is well-positioned to take the next step on our growth journey and accelerate the fibre roll-out across Germany,” stated Uwe Nickl, chief executive of Deutsche Glasfaser. “On top, we as a management team are excited to join forces with inexio, which will help us to combine our highly complementary skill-sets and to further accelerate our growth.”

The closing of the transaction is expected in Q2 2020, subject to customary regulatory approval.

With this transaction, EQT Infrastructure IV is expected to be 70 to 75% invested (including closed and/or signed investments, announced public offers, if applicable, and less any expected syndication).