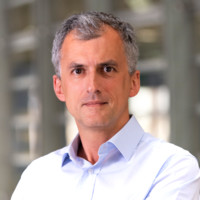 Optical services platform the EllaLink Group has inked an agreement with Portuguese public telecommunications network operator RENTELECOM to use dark fibres in Portugal and Spain for datacentre interconnection. EllaLink will integrate RENTELECOM’s fibres in its optical platform to enhance its services from Sines to Madrid and Lisbon. The protected fibre ring will connect all the major datacentres of both capital cities, allowing EllaLink to serve PoPs with low latency capacity, open spectrum and managed spectrum services directly towards Fortaleza, São Paulo and Rio in Brazil.

In Sines, fibres will be used to connect the Sines Tech– Innovation & Data Center Hub, which is strategically positioned for the joint development of subsea cable systems and datacentre infrastructure.

“Our aim is to continuously invest in our networks in order to address Portugal’s optical fibre needs,” said Rui Franco, director of RENTELECOM (pictured). “We already offer the largest and most stable neutral optical fibre backbone, with seven cross-border interconnections with Spain, interconnecting all telecom operators and the biggest datacentres in Portugal.”

EllaLink chief operating officer Diego Matas added: “This agreement with RENTELECOM further reinforces our presence in Portugal and Spain, breaking ground for a long-term collaboration. The high availability of RENTELECOM’s fibres over the shortest route to Madrid marks a significant step in the expansion of the EllaLink terrestrial network to meet increasing bandwidth demands.”

RENTELECOM is the telecoms and IT provider arm of the Redes Energéticas Nacionais (REN) utility group. It offers the largest neutral backbone in Portugal with more than 8,100km of fibre optic cables within its parent’s electricity and gas transport domains. RENTELECOM’s product repertoire includes dark fibre, datacentre, and connectivity services.

The EllaLink System is being built with state-of-the-art coherent technology initially offering 72 Tbps of capacity over four direct fibre pairs between Europe and Brazil. The landing sites in Fortaleza (Brazil) and Sines (Portugal) have been secured, the marine survey is completed, and the cable manufacture has started. EllaLink is scheduled to be ready for service in 2020. EllaLink is a privately funded and independent company providing products and services on a carrier neutral and open access basis.