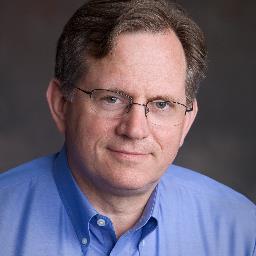 NeoPhotonics notes that, as hyper-scale cloud architectures have evolved from concentrated datacentres to multiple locations distributed around a metropolitan area, the need for seamless interconnection between such facilities located at distances up to 120 km apart has grown dramatically.

ClearLight OSFP transceivers plug directly into the front panel of a switch or router to provision 400G connections over metro distances in a manner virtually the same as connections inside one datacentre. They are compliant with the OIF 400ZR Implementation Agreement and interoperable with other manufacturers’ 400ZR modules that utilise a standard FEC encoder and decoder.

This new OSFP module is capable of tuning to 75 or 100 GHz spaced wavelength channels, as specified in the OIF agreement, and operates in 400ZR mode for cloud DCI applications.  For longer metro reaches, the module is designed to support 400ZR+ modes.

The module can also be optionally provisioned to tune over the entire Super C-Band, or up to 6.4 THz, increasing the capacity of an optical fibre by up to 50% over standard implementations. NeoPhotonics provides arrayed waveguide gratings for multiplexing and de-multiplexing with 75 and 100 GHz wavelength channel spacings, supporting 85 and 64 channels respectively, with filter responses optimised for high baud rate coherent signals.

“We are now sampling these OSFP transceivers so that customers can evaluate the simplicity, cost and operating savings that can be realised by plugging coherent optics directly into switches and routers,” said Tim Jenks, chairman and CEO of NeoPhotonics (pictured). “And we are applying this same technology to additional form factors such as QSFP-DD.”

The announcement comes on the heels of NeoPhotonics’ launch of its 400G-capable ClearLight™ CFP2-DCO transceiver which is now available for end-customer trials. The device is billed as the industry’s first transceiver module able to deliver as much as 32 Tbps of capacity per fibre – significantly higher than today’s 200G CFP2-DCO capacity, or the emerging 400G CFP2-DCO capacity.