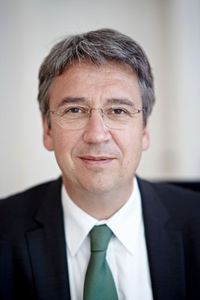 German cartel authority the Bundeskartellamt has decided to approve the JV plans of Deutsche Telekom and EWE AG to expand fibre optic networks to end-customers in the northwestern region of the country. The JV – Glasfaser NordWest -will be obliged to add 300,000 end user fibre connections over the next four years.  Longer term, the JV aims to connect up to 1.5 million private households and companies in parts of North Rhine-Westphalia, Lower Saxony and Bremen with FTTB or FTTH. To this end, up to €2 billion is to be invested in the next ten years.

Earlier, on December 5th, 2019, Deutsche Telekom and EWE made a series of concessions to the Bundeskartellamt in order to receive approval.

“The parties involved have committed themselves to substantial investments in the rapid expansion of Gigabit-capable networks,” observed Andreas Mundt, President of the Bundeskartellamt (pictured). “As we see it, the cooperation will lead to significant improvements on the telecommunications markets in the region concerned and also in rural areas.”

The German association of alternative operators, Bundesverband Breitbandkommunikation e. V. (BREKO) has approved the Glasfaser NordWest decision. “We are convinced: on the way to nationwide fibre optic expansion in Germany, network operators must work together even more than before and also invest together. Co-investment models prevent economically senseless superstructure and at the same time force the urgently needed, real fibre optic expansion into the buildings and apartments,” commented BREKO Managing Director Dr. Stephan Albers. “The motto of BREKO is: glass fibre now! We therefore welcome it if the fibre optic expansion that is indispensable for the digitalisation of business, society and administration is further accelerated through cooperation.”