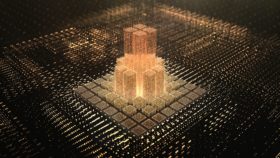 Combining the SACS and MONET subsea systems in this joint trial allows for the first time 300 Gbits/s of traffic between Miami and Luanda.

. Nokia says the test adds more capacity to an already low latency network. Lower-latency network connections improve performance and user experience in applications such as cloud computing and content consumption. According to the ITU, sub-Sarahan Africa has recorded the highest growth in Internet use globally over the past decade, from under 10% of the population in 2010, to over 28% in 2019.

The subsea wavelengths were deployed with Nokia’s 1830 Photonic Service Interconnect (PSI) datacentre interconnect platform utilising the PSE-3. The 1830 PSI provisioned optical wavelengths at 300 Gbits/s using probabilistic constellation shaping to optimally shape the signals to the specific characteristics of the 12,635 km cable, achieving operation near the theoretical limits of the system.

“With Nokia’s PSE-3, Angola Cables can optically interconnect the MONET and SACS submarine fibre optic cables, enabling more capacity and a further reduction in latency between content providers in North America and the rapidly growing data consumption markets in Africa,” according to Fernando Azevedo, Technical Director at Angola Cables.   “Africa is a strategic growth market for Nokia across both our core CSP and webscale businesses,” added Sam Bucci, Head of Optical Networking at Nokia. “We are proud to partner with Angola Cables to apply our ground-breaking PSE-3 technology to a unique and challenging subsea route, helping to deliver enhanced services to a rapidly developing part of the world.”

Earlier, it had been announced that Angola Cables was exploring a new express route connecting the southern hemisphere subsea cables from Asia directly to South America via Africa. Proof of Concept (PoC) testing is currently being conducted, leveraging two cable systems: the South Africa Far East (SAFE) cable system, connecting Malaysia to Angola, and the SACS.

As a result of this extensively extended footprint, Angola Cables has engaged fibre consulting firm APTelecom to support the required monetisation efforts.

“We are thrilled to be continuing our relationship with Angola Cables, especially on such an important project connecting three of the world’s most significant telecom markets,” declared Sean Bergin, APTelecom President and PTC Vice Chair, Board of Governors. “The demand for data continues to grow unabated and this is especially true of Asia, Africa and South America. Given its asset base, Angola Cables has a unique value proposition and APTelecom is looking forward to supporting their sales activities”.

As background, APTelecom points out that most global Internet traffic today utilises infrastructure located primarily in the northern hemisphere to link Asia, Europe and North America. Meanwhile, markets in the southern hemisphere, which includes parts of Asia, Africa and South America, are heavily connected via links coming from the north. However, the traffic to the southern region currently travels a longer route, affecting the Internet experience of end-users.

The new initiative is expected to transform data transfer between countries and economies, enabling a more robust connection amongst backhaul providers, content/application providers and content delivery network providers in a more efficient data sharing process. It’s claimed that the benefits will be far-reaching, especially for financial institutions in conveying market-sensitive information, or multinational companies in sharing large amounts of data and applications to users in the USA, Latin America and the Far East region.

“We are now able to serve Asian, African and South American customers at speeds and capacity levels never before achieved in the southern hemisphere,” commented Angola Cables CEO Antonio Nunes. “This truly is a game changer for these markets.”