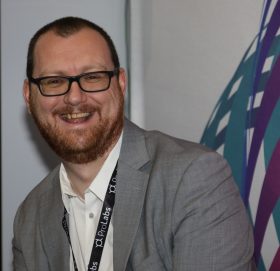 Optical transmission is like light, as you may know it. Light rays from the sun travel massive distances to reach us, and light bulbs perform a similar function but over much shorter distances. To send data down fibre optic cable, we use lasers to make light. We use different wavelengths (or colours) to be able to reach short distances (up to a few hundred metres) or long distances (up to 100s of kms). By switching the laser on and off, we can transfer 1s and 0s (data bits) from one end of a fibre to the other, and very quickly too. Due to the costs involved in deploying fibre and data switches, we want to get the most out of the infrastructure and send as many data bits as we can, as fast as possible at the most economical cost. That brings us to WDM (Wavelength Division Multiplexing). How can we send more than one set of data bits down the same fibre at the same time?

Let’s take a sideways step and look at some musical instruments. You may ask “what has this got to do with optical transmission?” And it’s a good question – the answer is that sound behaves in the same way as light. When a musician plays a note, the sound carries and is received at your ear. In effect, we are sending data bits from instrument to listener. We can increase the rate of data transfer in this case by playing faster or by playing more than one note simultaneously. Playing multiple notes at the same time is Wavelength Division Multiplexing. So, If I can play the piano with all of my ten fingers, I can send ten times the amount of data as using one finger. With optical fibre transmission we can achieve the same increase in data bit transfer speeds by sending multiple different coloured light beams (i.e. of differing wavelengths) down the same fibre.

There are two main variants of WDM – Coarse (CWDM) and Dense (DWDM). The big difference between the two is how many different wavelengths (notes or colours) you can squeeze into the system. If I strum all six strings on a guitar, I am simultaneously playing six notes in the range of about four octaves. There is a separation between each note and the listener can easily tell which notes are being played. This is coarse or CWDM. Imagine now being able to play every single note on every fret of the same guitar, at the same time. That would be 120 notes in a similar overall range as before, but the notes are now closer together, yet still individually distinguishable. This is dense or DWDM. Now in the optical fibre transmission system we use different colours of light alongside each other. In CWDM we can use up to 18 different colours and in DWDM this increases to around 160. You can think of CWDM as being like major colours (Red, Orange, Yellow, Green, Blue etc..) whereas DWDM would use many shades of colours (Scarlet, Pink, Crimson, Salmon, Ruby, Rust etc..). Unfortunately for this analogy the colours of light used in optical transmission are in the infra-red spectrum and are not visible to the naked eye, so they are all in fact shades of infra-red!

We have discussed the ‘how’ but what about the ‘why’? Why do we need to use all these different colours, can’t we just send the data bits faster? Well let’s go back to the musician analogy – yes Brian May can play the guitar faster than say, Ed Sheeran, but there is a physical limit to how fast they can play. It’s the same with light, although the limit has not yet been found, the cost increases exponentially as you move to the faster speeds. So, I could hire ten local guitarists for less than the cost of one Brian May and at ten times the data rate of the slowest, I can still play more notes than with one high speed guitarist. With CWDM and DWDM I can send multiple 1Gb/s or 10Gb/s signals much more cost efficiently than sending one single larger data bit flow.

To find out more about the qualities of WDM, see the range of ProLabs WDM products online.

This article was written
by Anthony Clarkson

Anthony Clarkson is the Technical Director at ProLabs and is available to speak on evolving architectures for 5G, network evolution to 100G and power consumption in data centre environments. After graduating from the University of Manchester with a 1st class degree in Electronic Systems Engineering, Anthony has gained 20 years’ experience working with some of the world’s largest service providers with a strong technical background in all areas of the network including wireless and fixed access, edge, core, transport and management systems. Anthony is the Technical Director at ProLabs and enjoys nothing more than evangelising about technology and network evolution. Due to Anthony’s knowledge and experience, he is a key speaker at various industry events including NGON, FTTH Council Africa and LINX events. He is also a key media contact and regularly has briefings with industry specific journalists regarding market trends and challenges and the work that ProLabs is undertaking. Anthony submits articles regularly to industry and mainstream media publications and has been published in The Times newspaper amongst many others.
View other posts by Anthony Clarkson