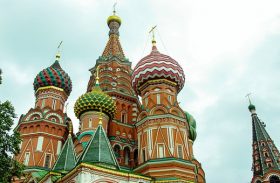 The upgrade enables improvement to Rostelecom’s original network with the wider deployment of MX960 and PTX10008 systems, which were previously used to support peak demand during the 2018 FIFA World Cup in Russia. Rostelecom says it has immediately saved over 5% on operational expenses due to lower power consumption and improved network efficiency, following the upgrade.

The “One Junos” operating system across both the original and new infrastructure enabled older T Series routers from Juniper to be “recycled”, with full backward and forward compatibility to other parts of the network with lower traffic loads. Rostelecom has also renewed its service agreement for three years with Juniper, which covers more than 14,000 network nodes.

Vadim Nikonov, director of the backbone networks department at Rostelecom, said, “Our main priority was to upgrade to equipment that is highly reliable under harsh operating conditions and a high traffic load. In the process, we experienced a lower incident rate, delivered new services and functions and reduced power and warranty support costs, while enabling us to repurpose the existing equipment to other parts of the network.”

Yarob Sakhnini, vice president in sales for EMEA emerging markets at Juniper Networks, said, “This was a major infrastructure project, resulting in a versatile modernisation upgrade that is already delivering positive results based on Rostelecom’s objectives.”