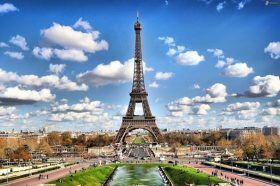 Orange has sealed a €700 million loan with the European Investment Bank (EIB) to finance part of the deployment of the group’s Very High-Speed Broadband fibre network in France in the designated “Appel à Manifestation d’Intentions d’Investissements” (AMII) areas.

A first draw-down of €350 million took place this week (week beginning 8 December), and the remaining part of the loan will be made available during the first quarter of 2020, said Orange and the bank. The loan will help finance the completion of the deployment of Orange’s fibre networks in the AMII areas.

The AM11 areas were first defined in 2011 as places where population density and digital coverage was considered as being “moderate”. Generally-speaking they are urban areas located outside very dense areas.

The Orange Group has a total customer base of 268 million customers worldwide as at 30 September 2019, including 209 million mobile customers and 21 million fixed broadband customers.

The European Investment Bank (EIB) is the long-term lending institution of the European Union owned by its member states, and makes long-term finance available for “sound investment” in order to contribute towards EU policy goals.

In 2018, the EIB provided €7.2 billion in new financing to support projects in key sectors of the French economy, such as broadband development, youth training, support for businesses and innovation, modernisation of infrastructure and energy transition.