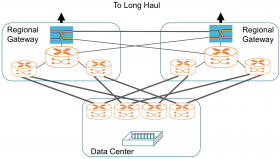 History has shown that adoption of optical transceiver/transponder solutions accelerates when implementable standardization and interoperability are established. Coherent optical technology, traditionally a closed-system technology with proprietary implementations, is evolving towards a similar path, which will help carriers and hyperscale data center network operators by ensuring multiple suppliers for their critical components.

In late 2016, some network operators and a few vendors identified 400G as an intersection point for supporting coherent optics in the same form factors as emerging high-volume client optics, such as QSFP-DD and OSFP.  Hyperscale network operators proposed to the Optical Internetworking Forum (OIF) a new project targeting DCI edge applications up to 120km (Figure 1), with a module power dissipation objective of ≤15W. The resulting OIF implementation agreement was known as 400ZR. 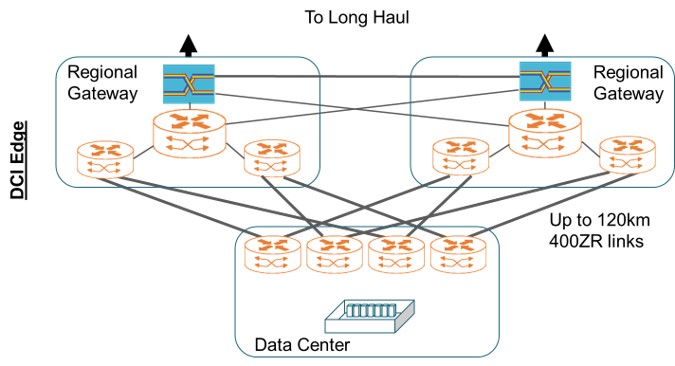 OIF was quite successful in expediting this effort, with power optimization taking the highest priority in each decision. 16QAM and ~60Gbaud were adopted for the modulation format and baud rate, and a concatenated (hard-decision + soft-decision) FEC was selected.

OpenZR+:  Taking the Ambiguity Out of “ZR+”

While the OIF focused on specifications, leading switch manufacturers successfully increased the QSFP-DD/OSFP per-port power consumption tolerance of next generation equipment beyond 15W, enabling the potential of adding features and higher performance modes not covered by 400ZR. “ZR+” became the term used to specify or capture these broader modes of operation beyond 400ZR. However, due to lack of a uniform definition, the term ZR+ created industry confusion.

To meet the need for hyperscale DCI links beyond 120km with QSFP-DD/OSFP form-factors, an industry effort looking at adding high-performance elements of OpenROADM to the 400ZR standard resulted in a new interoperable solution known as OpenZR+.

*Reach and power consumption are dependent on modulation format and data rate.

The higher performance of OpenZR+ can benefit hyperscale network operators by enabling a wider geographical extension of the physical connections to cover DCI Edge and regional interconnects (Figure 3). Because modules designed using OpenZR+ generally support 400ZR, as well, hyperscale operators can reduce operational complexity by having one module type. 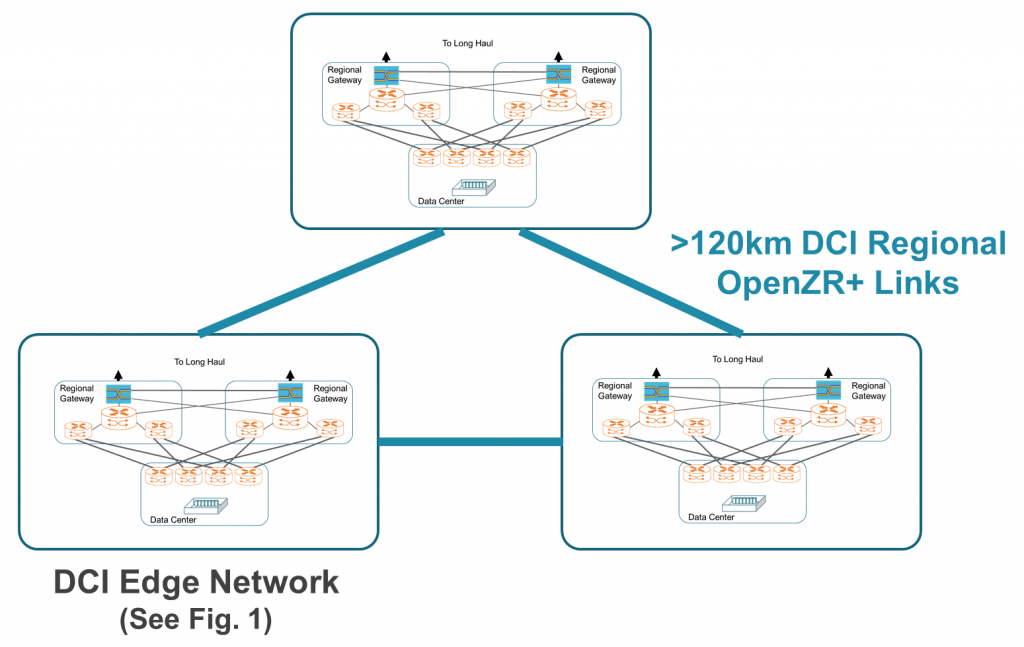 Hyperscale line systems with 75GHz DWDM grid spacing can also benefit from modules utilizing OpenZR+. 400ZR transmission, initially targeted for 100GHz channels, might degrade over 75GHz grid spacing due to higher filtering penalties. The additional gain from oFEC in OpenZR+ can be used to compensate for these additional penalties.

Carrier efforts to create a data center topology, such as CORD within the Open Networking Foundation (ONF), may also benefit from OpenZR+ utilizing this Ethernet-centric coherent optical solution in a similar fashion to a hyperscale edge/regional interconnect.

Because OpenZR+ is derived from existing standards, network operators can operationally benefit from interoperability among multiple suppliers that adopt OpenZR+. Module suppliers can also benefit from OpenZR+ by supporting applications beyond 400ZR, reaching a wider range of applications.

OpenZR+ utilizes a common-sense implementation of functionality, already well defined in existing standards. In support of OpenZR+, Acacia and NEL recently announced the exchange of DSP test vectors to confirm interoperability. This industry milestone paves the way for QSFP-DD/OSFP module development that supports performance and functionality beyond 400ZR. Network operators can now achieve the benefits of 400ZR with enhanced features that can expand the reach and functionality without sacrificing interoperability.

This article was written
by Eugene Park

Eugene Park is a Senior Technical Marketing Manager with over 20 years of experience in the optical communications industry. He has held previous strategy and product management roles in various levels of the optical food chain from carrier to components. He is currently part of the Acacia Communications marketing team.
View other posts by Eugene Park