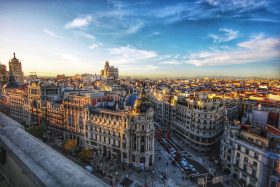 The new additions represent an annual increase of 1.7 million FTTH lines compared to the figure for September 2018. This offsets a reduction in country-wide DSL connections of 1.2 million in the same period. The FTTH market leader with 4.2 million lines, or 43.4% of the total, was the Telefónica-owned Movistar.

Meantime, earlier this month, the smaller Spanish FTTH player MasMovil inked an agreement to sell a stake in its FTTH network covering around 940,000 units to a partnership of  Macquarie Capital and Aberdeen Standard Investments. The price was €218.5 million.

The MasMovil network currently provides high capacity bitstream fibre access services across five of Spain’s largest cities and their metropolitan areas. These are Madrid, Barcelona, Valencia, Seville and Malaga. MasMovil will be the first major customer of the network.

The new business will operate as an independent wholesaler providing capacity to Internet Service Providers (ISPs) looking to supply broadband to homes and businesses initially in these five cities and their metropolitan areas. MasMovil has signed a long term agreement outlining a minimum volume commitment with the new network as part of the sale of the network.

This new wholesale network will create an alternative source of fibre capacity for large operators with no infrastructure in the areas covered by the network, and smaller broadband businesses. This should enable these challenger ISPs to reach more customers, increasing competition and price transparency in the Spanish market.

The CEO of the new entity will be Jose Antonio Vazquez Blanco, with more than 18 years’ experience working in the Spanish telecom market for Orange, Nokia and Euskaltel. He will play a key role in bringing on other ISPs, telecom carriers or corporate partners as well as overseeing the ongoing build out of the network.

“We are bringing the Spanish market a disruptive telecom proposal, an independent fibre operator that will create growth opportunities for traditional telecoms players and new partners coming from other ecosystems, interested in having access to a secure, flexible and first quality broadband proposal,” commented Blanco.