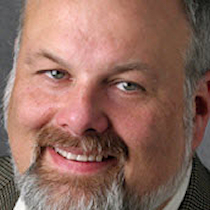 Romania’s Agency of Administration of the National Network for Education and Research (AARNIEC) has deployed Ciena Ethernet and optical systems to improve its in-country network capabilities and the connectivity between Bucharest and Vienna. This upgrade is designed to allow RoEduNet’s network to flexibly adapt and support advanced scientific research efforts and meet voracious bandwidth demands.

Ciena’s packet optical and Carrier Ethernet technology – in the form of the 6500 Packet-Optical Platform and 3930 Service Delivery Switch – will allow RoEduNet to meet the needs of its users and support the delivery of high-bandwidth and low-latency services such as RoEduNet’s Virtual Library.

RoEduNet is the NREN (National Research and Education Network) responsible for delivering services to all major academic institutions, research centres and cultural institutions across Romania. The AARNIEC manages and develops the RoEduNet network.  In the European context, the Agency is a member of the GEANT consortium, the network that interconnects all research and education networks in the member countries of the European Union.

The new deployment supports RoEduNet’s network modernisation efforts to simplify network topology and drive greater network efficiencies by reducing the number of Layer 3 devices via a collapsed backbone architecture. This simplifies network management and increases the overall resilience of the network.

“Traffic on our network continues to surge and that means having the right infrastructure in place is critical to our success. Ciena’s industry-leading optical and Carrier Ethernet technology makes it possible – and simple – for us to expand our reach, increase capacity and improve our users’ ability to collaborate and conduct complex scientific research,” commented RoEduNet Chief Technology Officer Mihai Barbulescu.

“As R&E workflows transition to the cloud, the ability to quickly scale network capacity is fundamental for scientific applications and large-scale data sharing,” added Rod Wilson, Ciena Chief Technologist for Research Networks (pictured). “Ciena’s continued collaboration with RoEduNet addresses these insatiable networking requirements to empower researchers to be at the forefront of scientific discovery and innovation.”