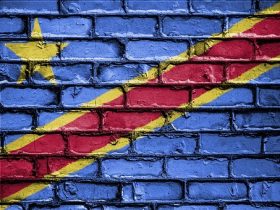 The Internet Society and the Internet Service Providers Association (ISPA) of the Democratic Republic of Congo (DRC) have established a new Internet Exchange Point (IXP) in Lubumbashi, that aims to bring faster and more reliable internet access to African organisations and citizens.

Exchanging internet traffic locally not only reduces bandwidth costs, but improves the internet experience for end-users by keeping their traffic “local.”

Currently, internet traffic in Lumbumbashi, the second largest city in DRC, is exchanged outside the region and in many cases, outside the country. This results in slow internet speeds and higher access costs. IXP’s are used to route traffic that can be kept local instead of sending that traffic to the nearest major internet node – often located in Europe when it comes to many African countries – and back.

Technical training, support and equipment to launch the IXP in Lubumbashi – named LUBIX – was provided by the Internet Society in collaboration with Facebook. The two organisations announced a partnership in September last year to promote IXP infrastructure development throughout Africa.

Since then, they say IXP workshops have been held in Morocco, Nigeria, Burkina Faso, Zimbabwe, Togo, Lesotho, Burundi, Mauritius, Guinea, Benin and Chad, resulting in over 300 people trained and upgraded infrastructure.

“We want to help shift Africans from being internet consumers to internet creators and innovators. This will be realised through deliberate actions to have 80% of the internet traffic being consumed in Africa accessible locally, and only 20% sourced from outside the continent,” said Michuki Mwangi, senior development manager for Africa at the Internet Society.

There are currently 45 active IXPs located in 33 countries across Africa. Many of these were established within the last decade and have grown significantly with over 1,000 networks now connected through them.

Kojo Boakye, head of public policy for Africa at Facebook, said, “This new infrastructure will help improve connectivity by lowering the cost of delivering internet services to people in the region.”

The Internet Society (ISOC) is a non-profit organisation that works through a global community of chapters and members, and is also the organisational home of the Internet Engineering Task Force (IETF).