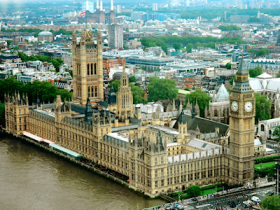 In the run up to the UK’s General Election due to be held on 12th December, the two major parties have outlined their plans to roll out full fibre broadband to every home in the country. While welcoming these initiatives, industry organisations and infrastructure providers have expressed concerns about how the plans will be carried out.

A campaign pledge to achieve nationwide coverage by 2025 earlier this year by the then Prime Minister Boris Johnson of the Conservative Party, was questioned by the industry on the grounds that “ambition alone would not be enough to overcome the scale of the considerable task ahead.” Industry groups then called for the removal of regulatory barriers to speed up provision.

More recently, Jeremy Corbyn, the leader of the Labour Party, has outlined a plan for a nation-wide full fibre broadband rollout by 2030, but one which has far deeper implications for the industry. Essentially, Labour’s proposal is to take BT’s wholly-owned subsidiary Openreach, which is responsible for building out a significant part of the UK’s broadband network, into public ownership. While the Independent Networks Co-operative Association (INCA) has welcomed the commitment to broadband and digital infrastructure development shown by Labour’s announcement, it warned that the practical implications of nationalising parts of BT including Openreach could have a negative impact.

INCA CEO Malcolm Corbett said: “For the UK to become a world leader in full fibre and 5G, it needs to provide access for all, wherever people live or work and we are pleased to see the commitment Labour has shown to this through its latest pledge.”  He added, “It is crucial, however, that how broadband is funded, rolled-out and provided is considered, along with the wider impact the plan could have. The UK’s broadband market is currently thriving as a result of infrastructure investors and local communities, alongside the public sector. £3.3 billion was committed by investors in alternative network providers (altnets) last year alone, in addition to investments by BT and Virgin Media. This has led to the deployment of Gold Standard world-class networks in cities and towns across the country, including in previously underserved rural areas, growing from a very low base of about 1% of premises to around 10% today. Accelerating the pace is important and all parts of the industry are working to do that.”

“While we welcome Labour’s focus, we are concerned that some parts of the policy, for example, nationalisation, will dampen the vibrant market for investment in new fibre networks in the short term, thus delaying fibre roll-out. Free broadband is an attractive consumer proposition but will be costly, could undermine innovation and consumer choice, as well as having a detrimental effect on the service provider sector.”

INCA also signed a joint statement with TechUK, UK Competitive Telecommunications Association (UKCTA), and ISPA, which said, “Labour have rightly identified the potential of widespread full fibre and the transformative benefits it will bring to the UK. However, as an industry we believe this proposal will halt the significant investment already flowing into the industry, slow the large scale builds currently underway, risk jobs now and in the future, and leave consumers with no choice. We stand ready to work with whatever Government is elected on best way to deliver fit for purpose broadband to the UK as soon as possible and will provided further comment on Labour’s plans in the coming days.”

Evan Wienburg, CEO, of regional full fibre infrastructure provider Truespeed commented, “This country’s robust and competitive telecoms industry is already working hard to deliver full fibre for all, using a mix of public and private money. Rather than upset the apple cart, we urge whoever is in government to be careful about how they use public money to effect this change and to support the myriad of infrastructure providers that are working tirelessly up and down the country to deliver this game-changing infrastructure to every post code.”