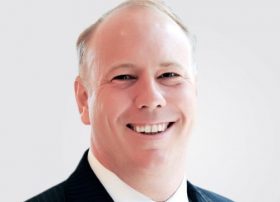 Bankrupt Global Cloud Xchange (GCX) is emerging from Chapter 11 bankruptcy protection. Subsea connectivity specialist GCX has adopted a “standalone Plan of Reorganisation”, instead of moving to a sale of the company.

GCX, whose 68,000km network carries the data of telcos, enterprises and media firms, is owned by India’s Reliance Communications, which is also undergoing an insolvency process.

Under the terms of the proposed Plan, which was first floated this September and which has received support from more than 75% of the company’s lenders, GCX will reduce debt by US$150m. It will also access new working capital and emerge as an independent company “backed by the strong ownership of its existing senior secured noteholders,” it said.

A US court hearing to gain confirmation for the standalone Plan is scheduled for 4 December 2019, and the company expects to emerge from its Chapter 11 restructuring shortly thereafter.

“While we had a responsibility to evaluate all potential opportunities, we are thrilled to move forward as an independent company supported by a group of existing lenders that believe in our team and the opportunities ahead of us,” said Bill Barney (pictured), chairman and CEO of GCX.

“We are confident this ownership structure – and the additional financial strength it provides – will allow us to continue to honour our commitments to employees, customers and suppliers, build upon our strategic plan and emerge as an even stronger company.”