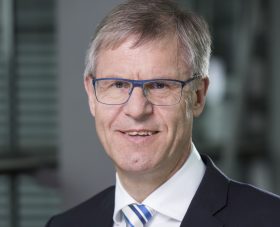 A new report predicts that in 2019 the availability of German broadband Gigabit-capable connections YoY will grow by 73% to 19 million. As components of this, the number of subscribers passed by FTTB/FFTH connections will expand by 20% to 4.4 million, while the number of Gigabit-capable ports on cable HFC networks (DOCSIS 3.1) will almost double from 7.4 million in 2018 to 14.7 million by the end of this year. In Germany Gigabit ports are presently only available with FTTB/FTTH and HFC cable networks with DOCSIS 3.1.

The new analysis, prepared by Dialog Consult and the industry association, the Verband der Anbieter von Telekommunikations- und Mehrwertdiensten (VATM), also estimates that the private sector will be responsible for financing 92% of the growth.

“Investments in the telecom market are increasing significantly as a result of the accelerated construction and modernisation of high-performance fixed-network lines, as well as the expansion and introduction of 4th– and 5th-generation mobile communications,” said study author Prof. Dr. med. Torsten J. Gerpott, Dialog Consult Scientific Advisory Board and holder of the Chair for Telecommunications Economy at the University of Duisburg-Essen.

Nevertheless, in the view of the VATM, there are still many obstacles and hurdles to Gigabit expansion. These slow down development and make it more expensive, and there is an urgent need for political action, stressed VATM President Martin Witt (pictured), following the presentation of the study.

“The numbers show significant progress in Gigabit expansion: more is being invested. But we have to accelerate even more,” said Witt: “In order to speed up expansion and digitisation, we need the right political framework conditions in Germany. We have to move away from the announcement policy and towards implementation.”

According to Witt, German bureaucracy is a real barrier to fibre expansion, and permits take far too long to grant. He argues that equal treatment of alternative foreign and proven routing techniques – such as micro- and mini-trenching or the use of overhead lines – should also be urgently considered.

In addition, the association continues to strongly advocate the introduction of fibre vouchers. “That would be a new courageous step in politics,” he maintained.

In support of vouchers, Witt cited a recent study commissioned from the Leibniz Center for European Economic Research (ZEW) and the law firm JUCONOMY Rechtsanwälte by VATM and the Bundesverband Breitbandkommunikation e. V. (BREKO). This study concluded that vouchers are economically viable and would boost fibre optic expansion. Outside of metropolitan areas and areas already served with Gigabit, there would be follow-up vouchers (€500), in-house wiring vouchers (€150 per unit) and contract conclusion vouchers (€500).