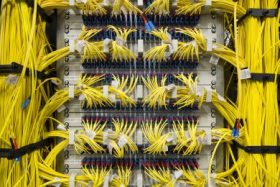 The EDCMUC01 facility will see DE-CIX upgrade its equipment at the site to handle a capacity of over 1 terabyte, to “future-proof” its ability to handle consistently growing volumes of network traffic, said the internet exchange.

For the past ten years, DE-CIX has had network and peering infrastructure at the Landsberger Strasse 155 site, which was acquired by EdgeConneX this January. Now, with a growing number of customers with 100 Gigabit Ethernet connections, over 140 Autonomous System Numbers and peak traffic of more than 36Gbps, DE-CIX says an upgrade is in order. Faced with shrinking space at its other enabled sites within Munich, DE-CIX says it chose the EdgeConneX facility for the enhanced capacity as it can “support future growth and expansion”.

“Expanding our capacity with EdgeConneX was a natural choice in a competitive market known for tight data centre real estate,” said Thomas King, CTO at DE-CIX. “For businesses of all sizes and industries, the ability to interconnect to networks locally and access cloud on-ramps is more important than ever.”

Dick Theunissen, managing director for EMEA at EdgeConneX, said: “We are all about reshaping the internet by enabling customers to establish the local connections they want – where and when needed at the edge. With the DE-CIX technology refresh we’re reinforcing our position as a local gateway of choice for customers to access vital cloud on-ramps and interconnections with other major networks. In fact, due to strong demand in Europe, we are already planning further expansion in Munich and sourcing a second data centre in the area,” said Theunissen.