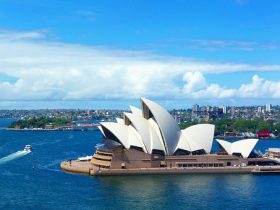 The Australia/New Zealand to Los Angeles link has the backing of leading telcos and is set to be ready to use by early 2022 after the completion of key ground work.

Southern Cross NEXT will be the largest capacity link providing data centre connectivity between Sydney, Auckland and Los Angeles. The 16,150km cable system will provide the lowest latency path from Australia and New Zealand to the US and the new route will also provide critical international cable connectivity to the Pacific Islands of Fiji, Tokelau and Kiribati.

The project is the result of a network investment of around US$300m by Southern Cross, and is designed to carry 72 terabits per second of traffic, ensuring Southern Cross can cater for its customers’ growing data requirements well into the future.

Services offered on the new system will be an extension and integration of the services offered across the current Southern Cross platform. The construction is being funded by a combination of capacity payments, equity contributions and financing.

With significant work already completed, including pre-sales, marine survey, landing arrangements, Pacific Island agreements, detail design and the cable RFT, the Southern Cross NEXT project is said to be in a good position to hit its target completion date of between the end of 2021 and early 2022.

The new cable has been designed and developed to be an extension of the existing Southern Cross two-cable ecosystem and will allow customers to leverage Southern Cross’ extensive point-of-presence network and access infrastructure already in place. It will also enable Southern Cross NEXT customers to flexibly assign new and existing capacity across the Pacific’s three routes, maximising diversity and resiliency, said Southern Cross.

The Southern Cross Cable Network comprises two submarine cables which were first commissioned in November 2000 and January 2001. They provide Australasian broadband users with high speed, resilient international connections to the US West coast where global internet hubs are located.

The Network is owned by Spark NZ, Singtel/Optus, Verizon Business and Telstra and has offices in Bermuda, Sydney, Auckland and Wellington.

“The achievement of CIF is a testament to the hard work of the combined Southern Cross and Pioneer Consulting team over many months and is a validation of the technology and expertise behind the new cable,” said Southern Cross president and CEO Laurie Miller. “The addition of the NEXT route to our platform will provide existing and future customers with further resiliency and connectivity options.”

Pioneer Consulting managing partner Keith Schofield said: “From our initial guidance on the network’s overall design and technical specifications, to providing commercial and procurement support, we will continue to work with Southern Cross on the next phase of this robust network through to system in service.”