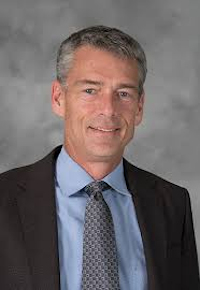 Finisar, a developer of subsystems and components for fibre optic communications, announced on August 5th that its Chief Executive Officer, Michael Hurlston (pictured), informed the Board of Directors of his intention to resign his position with the company to pursue another opportunity.

The Board of Directors accepted Hurlston’s resignation, which is effective immediately. He was not expected to remain with the company following the completion of the acquisition of Finisar by II-VI Incorporated, which was announced in November, 2018. Finisar’s Board of Directors immediately appointed Chief Operating Officer Todd Swanson and Executive Vice President of Global Operations Joseph Young, to a newly formed Interim Office of the Chief Executive.

“Todd and Joe have each been with the company for well over a decade and have been critical to growth and development of Finisar into the leading company it is today,” stated Robert Stephens, Chairman of the Board of Finisar. “We have confidence in their leadership as they guide the company toward completion of the II-VI acquisition while continuing to build on Finisar’s strong product portfolio.”

Finisar’s acquisition by II-VI remains under review by the State Administration for Market Regulation of the People’s Republic of China (“SAMR”). SAMR’s review of the transaction is currently in Phase III, which ends on August 17, 2019.

Finisar is then expected to make a subsequent announcement either when SAMR approves the transaction, or if Phase III expires and II-VI re-files its clearance application in order to provide additional time for SAMR to review the transaction.