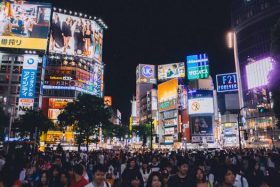 Colt Technology Services has extended its presence in Japan by expanding the Colt IQ Network to the cities of Kyoto and Kobe. The IQ Network is a 100Gbps optimised intelligent network connected to over 900 data centres and carrier hotels across Europe and Asia.

The Asia Pacific region has been a focus for Colt over the past few years, with the firm investing significantly in increasing its optical and Ethernet infrastructure in both Singapore and Hong Kong. In Japan, there is now greater network redundancy between Tokyo and Osaka and Nagoya was added as a new Colt business area in the country. The IQ Network was also recently deployed in Australia.

Across Asia, the IQ Network now connects to over 90 data centres. Colt president and regional executive for Asia, Kenji Hioki, said: “Colt has an unwavering focus on ensuring that our network is present wherever our customers want to do business. By extending the Colt IQ Network into Kyoto and Kobe we can do just that.” Hioki added: “With our partnerships with the key cloud providers in the region, Colt Japan has all the requirements to create the connectivity ecosystem required for businesses both locally and globally.” The IQ Network is currently live in Kyoto and is expected to go live in Kobe next month.

At the end of last year, Colt announced the expansion of the IQ Network in Central and Eastern Europe. It said it would be investing in the region in response to its “rapid economic growth”. The expansion would connect major hubs in the region with more than 7,000km of new fibre infrastructure.