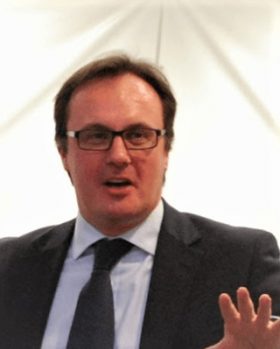 According to figures released by the UK’s Photonics Leadership Group (PLG), companies manufacturing and delivering services based on photonics technology in the UK produce £13.5 billion in output every year, contribute £5.3 billion of gross added value to the UK economy annually and employ 69,000 people in the UK at a productivity of £76,400 per employee.

The latest PLG analysis has reviewed the 1200 companies operating in and around photonics ensuring that only the most relevant UK-based companies were included with locations based on real manufacturing and operating addresses. This year’s analysis drew from 930 separate organisations made up of 1,030 legal entities with 1,100 operating locations.

Focusing on identifying actual operating locations, rather than registered offices locations used previously, has also revealed a shift in the regional distribution of the industry reflecting the wide distribution of manufacturing sites around the country. The updated analysis also shows like-for-like growth of 8.4% since the last report based solely on comparing companies included in both the 2017 and 2019 analysis.

PLG says photonics productivity is significantly above the UK manufacturing average of £67,000 per manufacturing employee. This 2019 update to the size of the UK industry, follows detailed analysis by the PLG, which provides informed guidance to government, support agencies, users, and developers of photonics in order to maximise the industry’s growth across the UK. It adds that the UK photonics industry is now equivalent in size to the UK pharmaceutical, fintech or space industries in the UK. The continued growth of UK photonics reflects the critical role that light plays in current and next-generation products and manufacturing.

“Photonics provides the back-bone of the internet, the key to many modern manufacturing processes and the sensors at the core of many defence systems, but the impact of photonics is only just starting,” said PLG chief executive Dr John Lincoln. “We look forward to many further years of growth as photonics feeds essential data to autonomous vehicles, becomes ever more integrated into healthcare and digital manufacturing and plays an even greater role in keeping us safe and secure.”

The PLG takes voluntary input from over 80 industrial and academic leaders in the UK photonics arena, providing a voice and interface for UK photonics to foster strategic dialogue between industry, academia, support agencies and government inb order to strengthen and grow the industry.