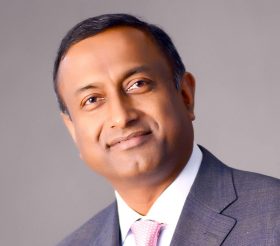 Ciena has appointed Rajesh Nambiar (pictured) as Chairman and President of Ciena India in a newly established role to coordinate and accelerate the company’s advancement in the country. Based out of Ciena’s recently expanded Gurgaon campus, Nambiar provides executive leadership for local customers and partners, gives Ciena a voice within government and industry associations, and leads Ciena India’s growing employee base.

“As one of the fastest growing markets globally, India is a priority geography where Ciena is investing to build brand awareness and elevate our competitive position,” said Gary Smith, President and CEO, Ciena.

“A tech industry veteran, Rajesh brings an abundance of experience to Ciena India that reinforces our commitment to meeting the evolving needs of customers in India and contributes to the continued strong sense of community within our organisation.”

Nambiar will help customers in India create strategies to transform their networks to be more adaptive, resilient and scalable as they work toward achieving Digital India initiatives. He previously led IBM’s Application Services Business globally and served in various leadership roles at the company for more than 13 years. Before that, he spent nearly twenty years at Tata Group growing the company’s business in the Eastern United States.

Ciena currently serves more than 1,500 customers worldwide, including the likes of Airtel, BSNL, GCX, Jio, and Sify Technologies in India. The company has had a presence in India for more than 15 years. Ciena is a networking systems, services and software company. It provides solutions for its clients to create the Adaptive Network, in response to the constantly changing demands of their users. The company says it builds “the world’s most agile networks with automation, openness and scale, by delivering best-in-class networking technology through high-touch consultative relationships.”