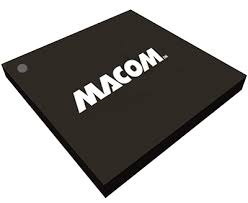 Semiconductor solutions supplier MACOM has announced it has implemented a restructuring plan that will produce an annual saving of around US$50 million once fully implemented. The plan includes permanently reducing the hourly, salaried and management workforce of approximately 250 employees, or 20% of the total workforce, including personnel in research and development, production, sales and marketing and general and administrative functions. In addition, the plan involves the closure of seven product development facilities including locations in France, Japan, the Netherlands, Florida, Massachusetts, New Jersey and Rhode Island.

He company has also lowered its revenue expectations for 3Q19, as a result of the impact of discontinuing shipments to Huawei and certain of its subsidiaries and affiliates as a consequence of the U.S. Department of Commerce’s action of adding Huawei to its “Entity List.”  In addition, the updated guidance also reflects reduced shipments to certain of MACOM’s distribution channel partners.

The company also says it will no longer invest in the design and development of optical modules and subsystems for data centre applications and in the future, it intends to become a merchant supplier of semiconductor integrated circuits and photonic devices and will support optical module manufacturers at the semiconductor component level.

MACOM expects around US$14 million in restructuring charges, including US$7 million for employee severance obligations, a majority of which are expected to be incurred during 3Q19.  In addition, the Company is performing a recoverability assessment for its long-lived assets, most specifically its intangible assets that may be impacted by the restructuring plan. As of March 29, 2019, MACOM’s intangible assets had a carrying value of US$472 million.  To date, the Company has identified approximately US$15 million of non-cash impairment charges in addition to the restructuring charges, associated with these restructuring actions.

Revenue in 3Q19 is expected to be between US$107 million and US$109 million, compared to prior guidance of US$120 million to US$124 million, and the non-GAAP gross margin is now expected to be between 39% and 41%, which includes approximately US$14 million in inventory reserves, or 1,300 basis points of gross margin impact.  These inventory reserves are primarily associated with certain data centre products and products that would otherwise be shipped to Huawei. This compares to prior non-GAAP gross margin guidance of 53% to 55%. Non-GAAP adjusted earnings per share is now expected to be between a loss of US$0.41 to US$0.45 and does not include any restructuring- or impairment-related charges.  This compares to prior guidance for non-GAAP adjusted earnings per share of US$0.08) to US$0.04.

“We do not make these decisions lightly, however, these actions are necessary in order to strengthen our strategic plan,” said Stephen Daly, president and chief executive officer.