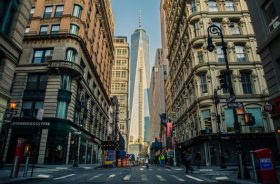 Netrality Data Centers has announced that NYIIX, one of the largest neutral internet exchanges (IX) in the world, has expanded its fabric deployment to its 401 North Broad facility in Philadelphia.

Operated by Telehouse America, NYIIX’s fabric buildout to 401 North Broad is part of an expansion to further tap into the Philadelphia market, where it says there is “strong and growing local demand”. The new location, known as NYIIX Philadelphia, also serves to close the gap between New York City and data centre hotspot Virginia.

According to Akio Sugeno, vice president of internet engineering, operations and business development at Telehouse America, the service expansion is part of the company’s ongoing development to meet changing data transport and connectivity needs for an expanding customer base operating in the US and globally.

Phil Calantoni, director of business development at Netrality Philadelphia, said: “NYIIX is a key enhancement to our ecosystem at 401 North Broad. The expansion ensures traffic is kept local, resulting in reduced latency for our customers and the entire Philadelphia region.”

Netrality’s facility is also a premier interconnection data centre between New York and Northern Virginia, and is host to a robust ecosystem of cloud providers, content delivery networks and managed service providers.

NYIIX was stablished in 1996. The Netrality portfolio consists of six data centres in Philadelphia, Kansas City, two in St. Louis, Houston and Chicago.